Love (or something) is in the air.

Travis Scott has been going hard this past week. Between shutting it down at a concert in NYC (where one fan left with a pair of broken legs) and celebrating his 25th birthday, Scott has been keeping busy. And Astroworld hasn't even dropped yet.

Fans of "shipping" will be pleased to know that the rapper has seemingly immersed himself deeper into the Kardashian/Jenner circle (and once you're in, can you ever really leave?) After being spotted entangled amidst a pile of passed-out Coachella attendees, as well as sitting courtside at an NBA game, Scott and Jenner were most recently seen arm-in-arm before his last Boston show. TMZ reports that the couple hit up a club afterward, where a whole bunch of wholesome fun probably went down.

To fuel the rumor mill, Jenner was also seen celebrating at Scott's 25th birthday, which took place at Cipriani in NYC. The teenage model came through with the usual Kardashian-Jenner-adjacent entourage, including Bella Hadid and Hailey Baldwin. 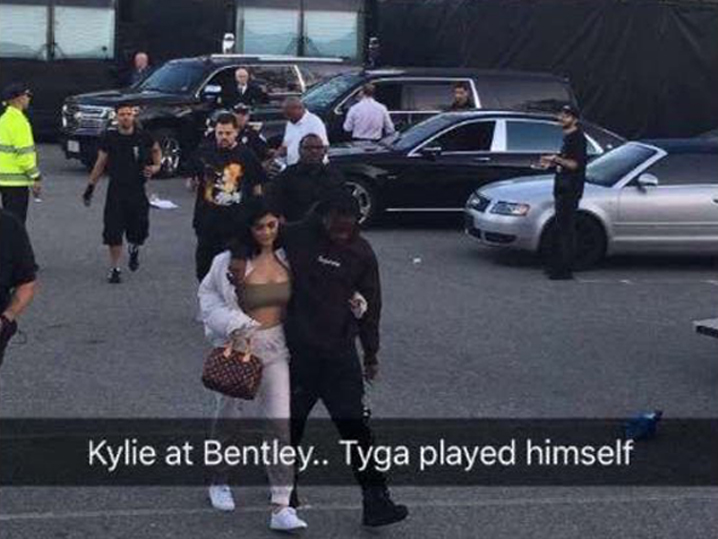