Adidas is trying something new with the UltraBoost upper.

The UltraBoost has consistently been one of Adidas' most popular sneakers over the past few years and for good reason. It's extremely comfortable thanks to the Boost midsole and the primeknit upper. It's everything that a shoe should aspire to be and Adidas really knocked it out of the park with the model. Over the years, the brand with three stripes has tried hard to revamp the UltraBoost and not just provide fresh colorways, but reworkings as well. Now, Adidas is coming out with an UltraBoost for women that features an upper that has quite a few changes compared to what we're used to.

As you can tell from the pictures, patches of suede can be found around the toe box, which is typically made up entirely of primeknit. It's a change of pace for the brand and honestly, it looks pretty interesting. This particular colorway features white primeknit with beige suede hits throughout. The three stripes on the side and the logo on the tongue come in a mint coloring. Overall, there is quite a bit going on here. 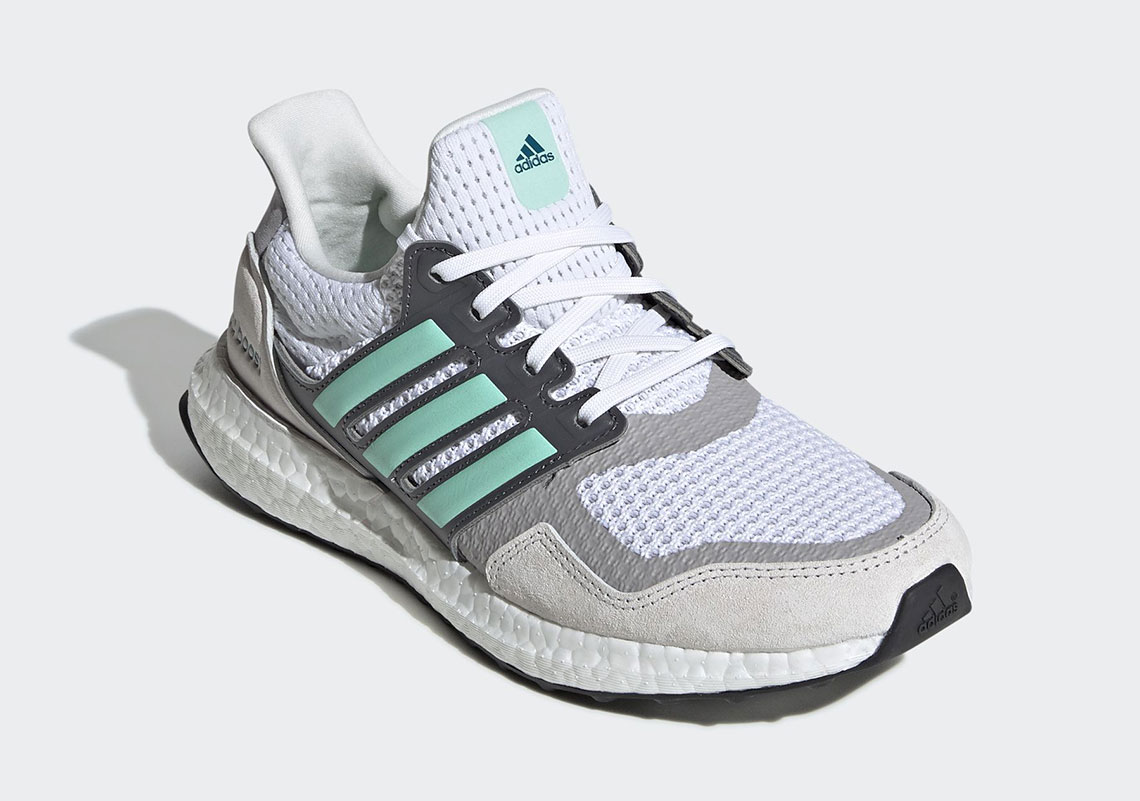 If you're looking to cop these, they will be released via adidas.com on Friday, March 1st for the standard price of $180 USD, according to Sneaker News.