Jordan Brand is bringing the heat, yet again.

Jordan Brand has been teasing some familiar looking models as of late. These models use the same silhouette, although they use different midsole technology. These models are the Jordan Proto React and the Jordan Proto Max 720. Both versions have the exact same shape and tooling on the upper, except one uses react on the midsole and the other uses an air max unit. There is a third model that belongs to this family, dubbed the Jordan Apex Utility. Much like the Proto React, it uses react technology in the midsole, but this time, it is the upper that has changed.

Instead of the normal upper found on the Proto React, the Apex Utility features semi-translucent TPE sheath which is reminiscent of the material used on the Nike React Element 87. Underneath the sheath, it appears as though there is some black material with hints of red. The cuff, tongue, and velcro strap are dressed in black with red highlights sprinkled here and there. The midsole of the shoe is white and features the aforementioned react technology, making it ultra-comfortable to walk around in.

According to Sneaker News, this sneaker will debut on the Nike SNKRS App at 10 A.M. EST on Thursday, March 14th for $200 USD. 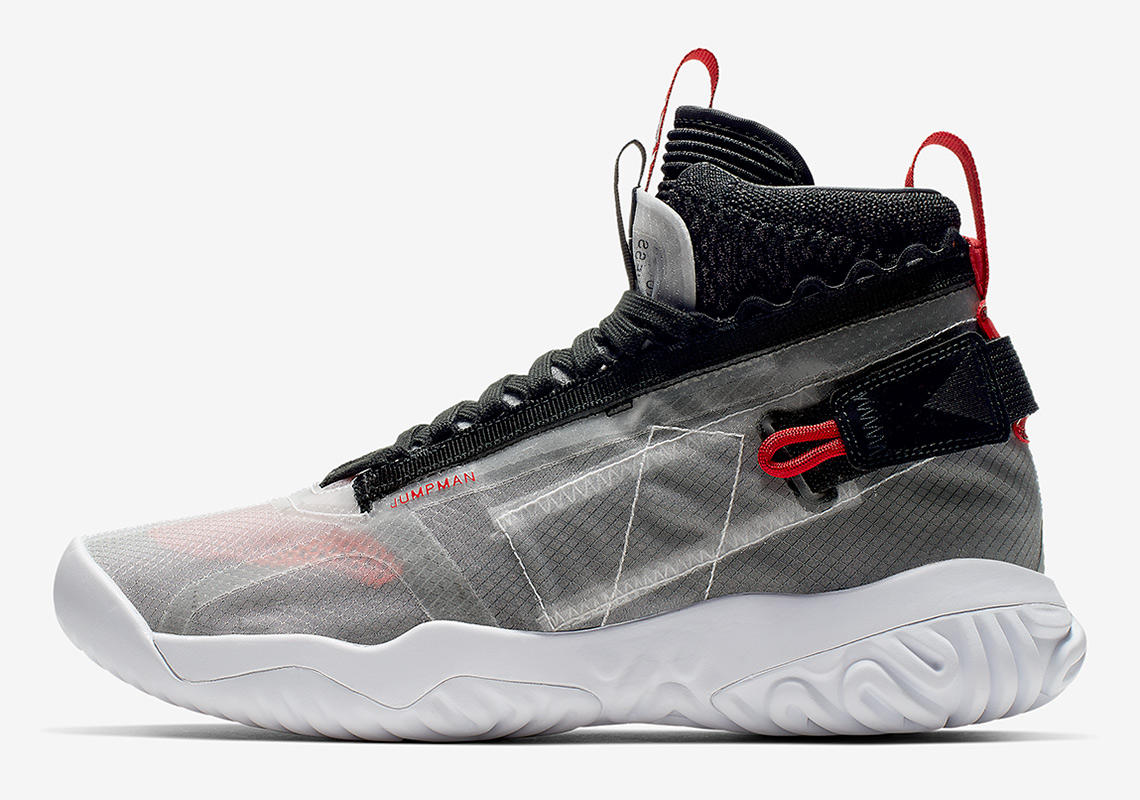 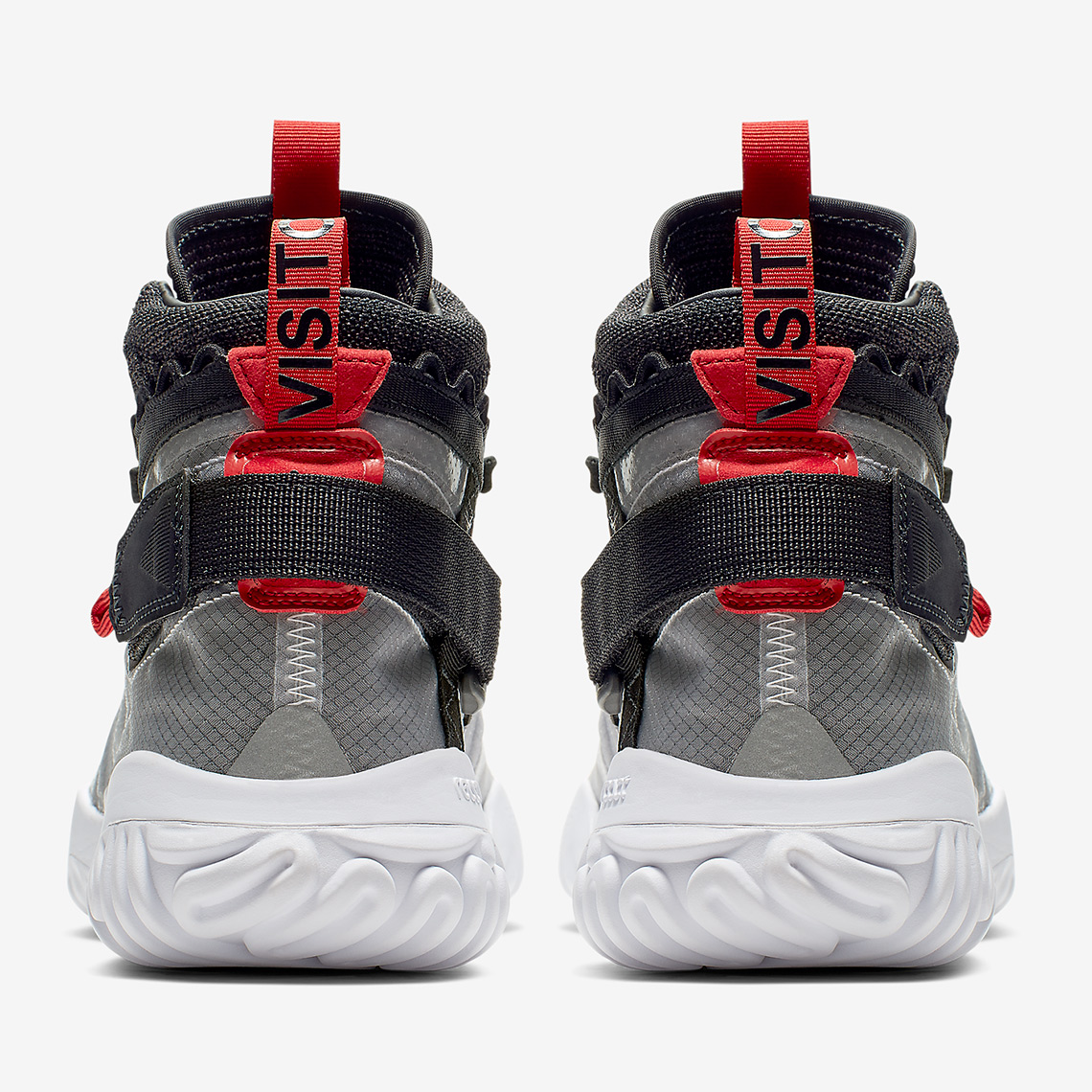 Exclusive: Arabian Explains Why She Got NBA YoungBoy Tatted On Her Chest & Premieres "Respect" Video