Home>Sneakers> The Nike Kyrie 5 Gets A Clean "Bred" Colorway

The Nike Kyrie 5 Gets A Clean "Bred" Colorway

A familiar color scheme is coming to the Kyrie 5.

The "Bred" colorway is probably one of the most iconic color schemes in the sneaker world. Every single Jordan model has a "Bred" version and most shoes in general typically have a black and red colorway. The simplicity of black and red makes it go with anything. Whether you're at work or on the court, black and red shoes are both stylish and practical. So it only makes sense that the Nike Kyrie 5 would get its own take on the black and red color combination.

This particular model of Kyrie Irving's signature shoe has the upper dressed completely in dark grey, which is complemented by some red accents, particularly on the tongue where Kyrie's logo is. On the back part of the heel, there is a red guard that wraps around to the sides of the sneaker. The midsole displays a much lighter grey from the upper, while little black speckles make the midsole pop. 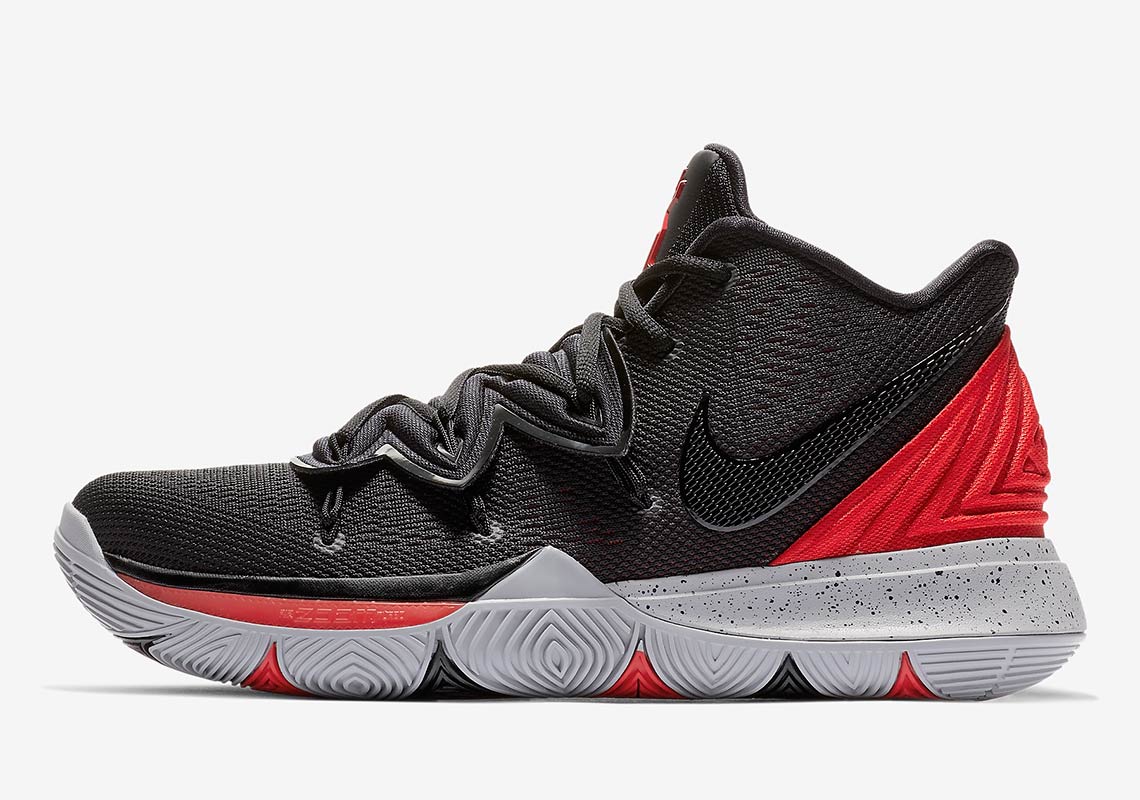 It is rumored that the Air Jordan 4 "Bred" will be re-released in May which is a shoe pretty much every sneakerhead will be clamoring for. Perhaps these black and red Kyrie 5's could tide Nike basketball fans over until one of the most iconic Jordan shoes finds its way to the shelves.

According to Sneaker News, there is no official release date for the Nike Kyrie 5 "Bred," but they will cost you about $130 USD.