It's almost that time.

The NCAA Tournament Selection Show, more commonly known as Selection Sunday, is here. The official 2019 NCAA Tournament bracket will be revealed and the March Madness frenzy will be upon us within hours. The 68-team bracket has already been speculated upon by sports pundits and fans nationwide, but all that speculation will end when the official results are revealed. Fans can watch Selection Sunday live at 6 PM ET on CBS or the March Madness Live app. There are currently still six bids up for grabs on Selection Sunday, with the AAC, A-10, Big Ten, Ivy League, SEC and Sun Belt conferences all hosting their championship games this afternoon.

Most of the speculation lies around the "bubble," or the fringe teams that may or may not make the tournament. Every year, there are teams that barely make the cut, causing fallout from programs that just missed the selection mark. Arizona State, St. John’s and Temple are expected to sneak in on this "bubble" but projections have been wrong many times before. The Selection Sunday 2019 show is going back to the traditional format after switching things up to announce teams in alphabetical order. Today, the show will go back to the old method of showing teams per conference. Gregg Gumbel will host the show, and Clark Kellogg and Seth Davis will be analysts.

As reported by Forbes, below you can find schedules, projected brackets, automatic bids, and conference results. 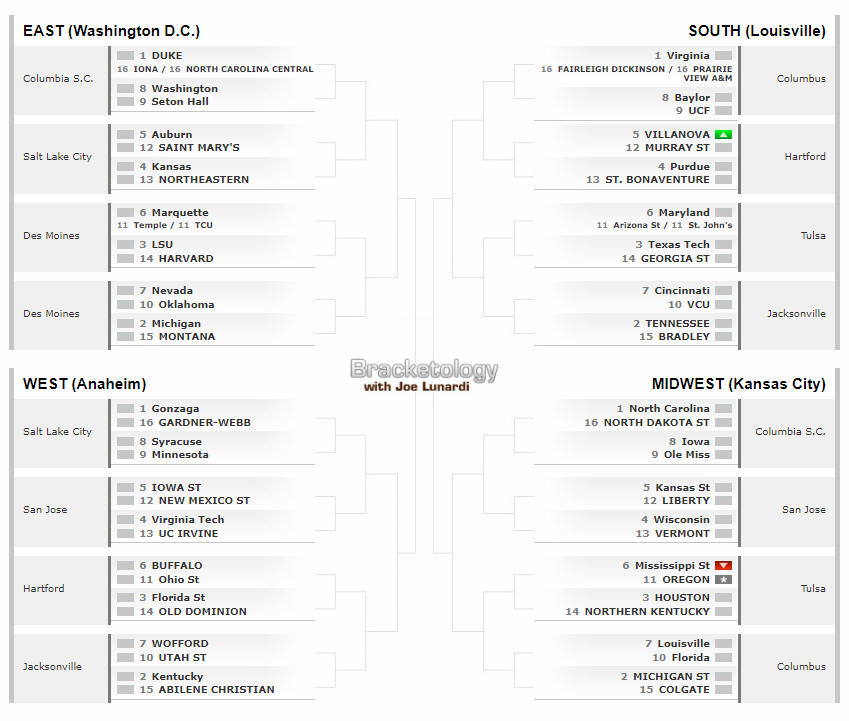