ScHoolboy Q & Alchemist about to put in work.

Coming off the announcement that a new album would be gracing us in 2017, it would appear that TDE's ScHoolboy Q is hard at work. OnSmash has shared an image from ScHoolboy Q's Snapchat, in which Groovy Tony sits in the studio with producer Alchemist, presumably contemplating the direction of their next banger. The duo already have a proven chemistry, with previous collaborations “Kno Ya Wrong,” “Break Da Bank” and “My Homie" being consistently dope as hell.  With Kendrick's DAMN. just dropped and SZA's CTRL dropping later this year, 2017 is shaping up to be another big year for TDE. 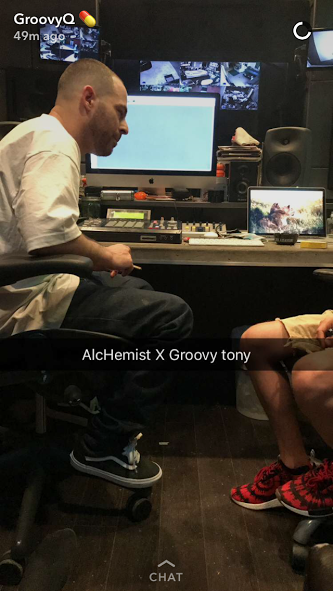 Is Jay Z's Next Album Coming This Summer? Twitter Speculates