Home>Sneakers> Russell Westbrook's Jordan Why Not Zer0.2 Gets "Triple-White" Model

Russell Westbrook's Jordan Why Not Zer0.2 Gets "Triple-White" Model

A familiar colorway is coming to the hottest signature shoe of the year.

With its dynamic tooling and mixture of materials, the Jordan Why Not Zer0.2 is one of the most interesting signature shoes to come out of Jordan Brand in a while. For those who haven't been paying attention, this signature sneaker belongs to Russell Westbrook of the Oklahoma City Thunder. Considering Russell's vibrant personality, it's no surprise that he would choose a sneaker so polarizing to represent him. The Thunder star has been seen wearing some impressive colorways of the shoe on the hard court which is unfortunate when you realize most of his creations are PE's that will never see a retail release.

While we may not be getting any Gameboy or Pikachu colorways anytime soon, Jordan Brand is supplying us with a predictable colorway of the Jordan Why Not Zer0.2. That colorway is, of course, triple-white. Pretty much every shoe gets a triple-white model now so this latest release doesn't really come as a surprise. There isn't much to say about the shoe except for the fact that every single detail is white. You definitely won't want to take these outside because they will get dirty fast.

According to Sneaker News, this latest Jordan Why Not Zer0.2 colorway will be dropping on April 1st for $125 USD. 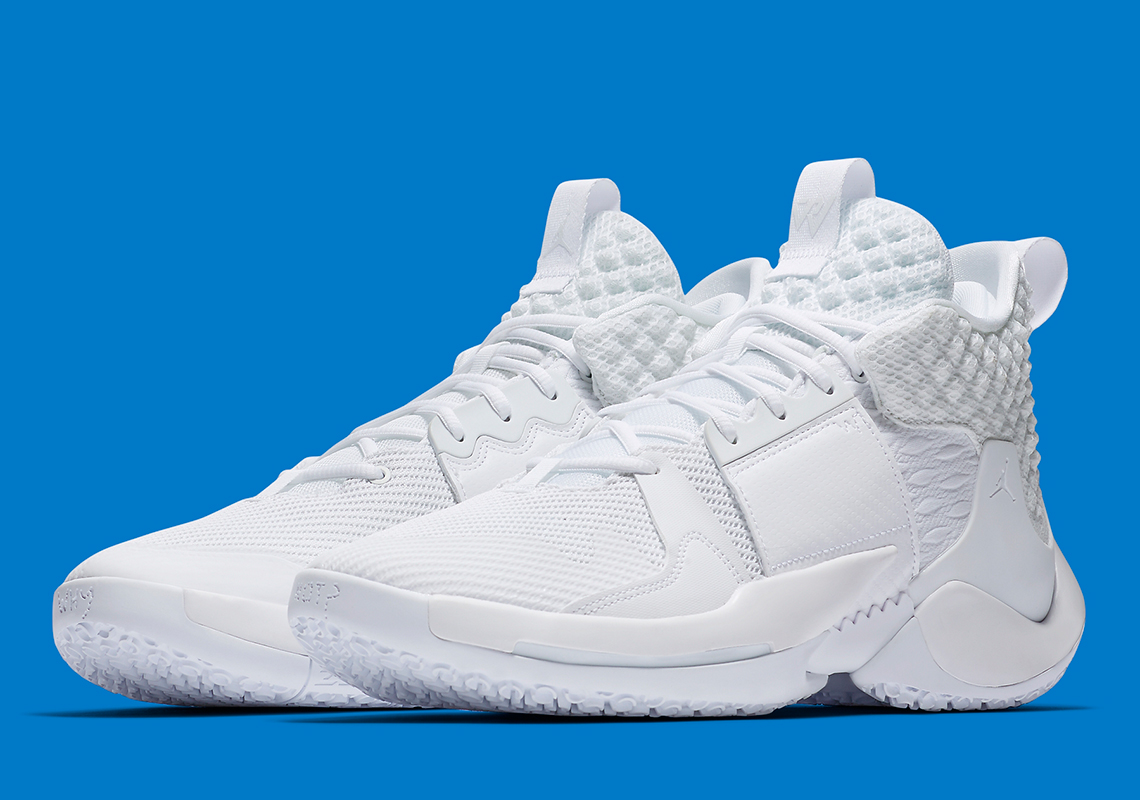 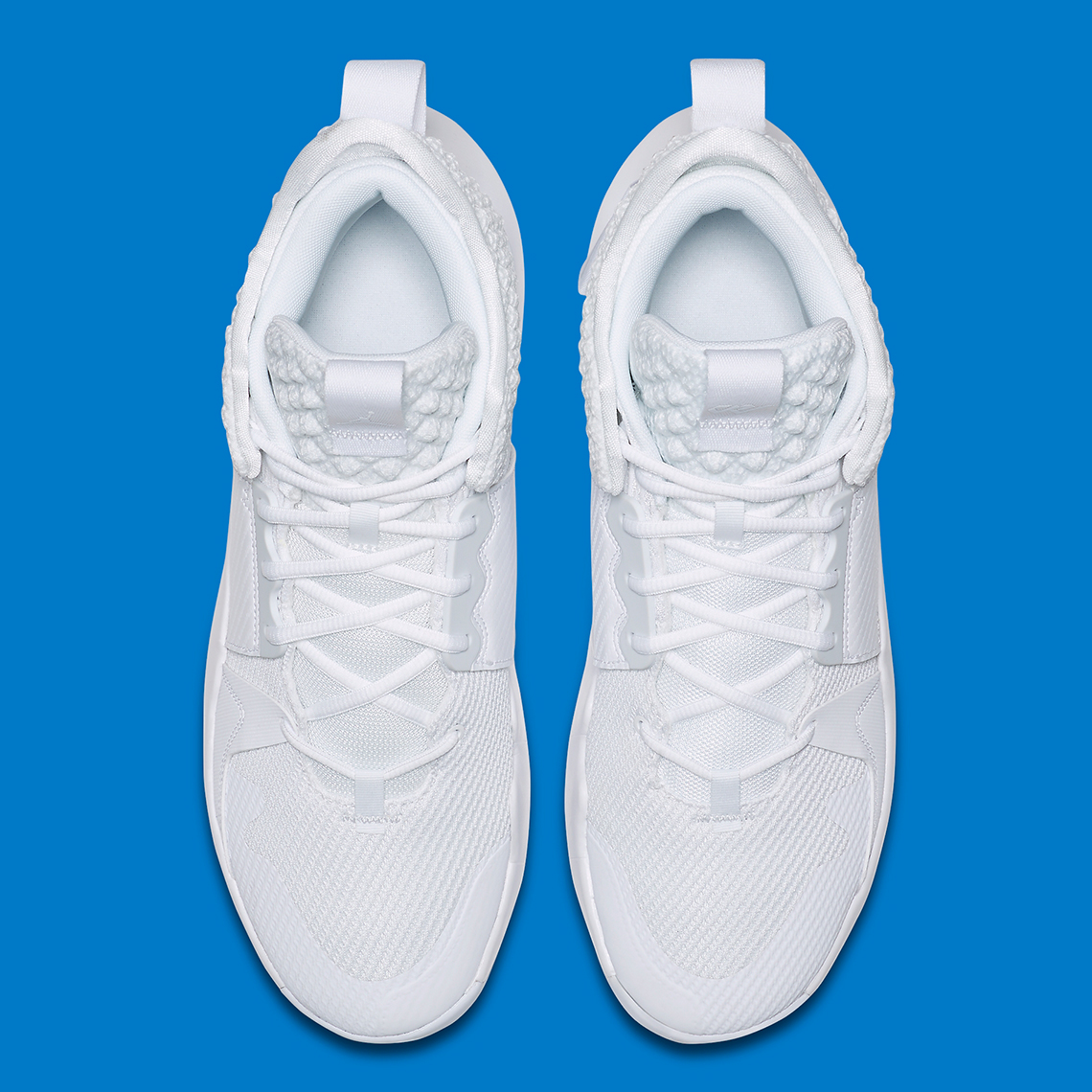 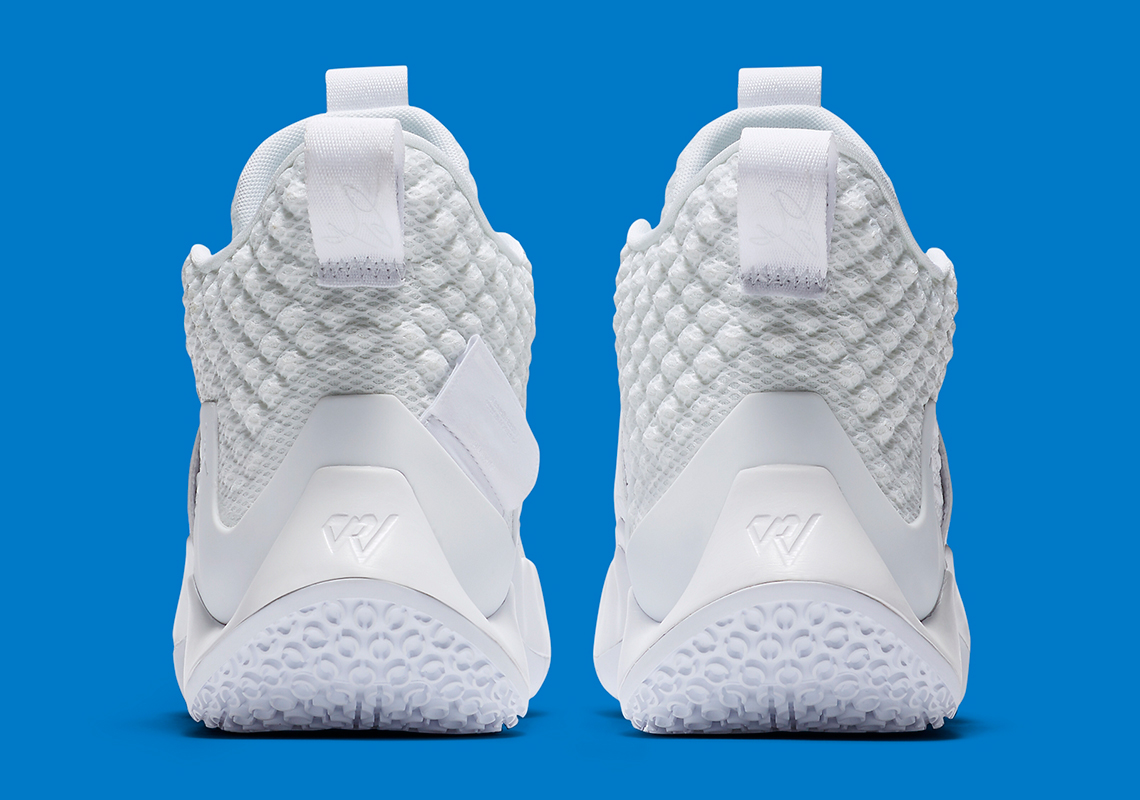