These are looking sleek.

Ever since 2017, Off-White founder Virgil Abloh has been linking up with Nike for some pretty incredible collaborative sneakers. It all started with the infamous "Ten" collection which featured ten silhouettes and some basic colorways. From there, the collection progressed into something bigger as Abloh took on new silhouettes and even increased his color pallet. One of the shoes being heavily teased these days is the Off-White x Nike Dunk Low which will be coming in three colorways.

One of those models is Navy and University Gold and thanks to Stadium Goods, we have some brand new beauty shots of the colorway. As you can see, the overlays are mostly navy blue, while the tongue and side panels are gold. The laces themselves are navy blue but there is a reddish rope lace that weaves its way throughout the upper which creates for an interesting take on the classic silhouette.

These were originally supposed to drop sometime in October but the release date has been pushed back to an announced time. For now, all we know is these will cost $170 USD and will be limited like all the other big Off-White collabs in the past. 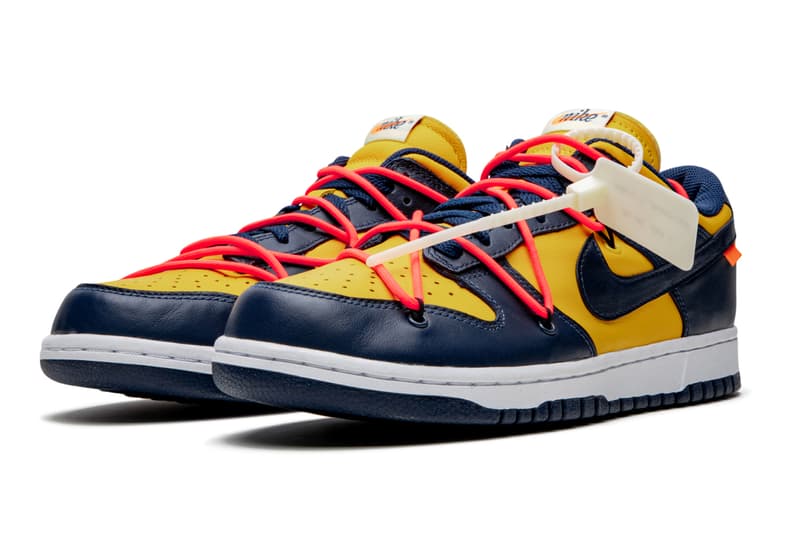 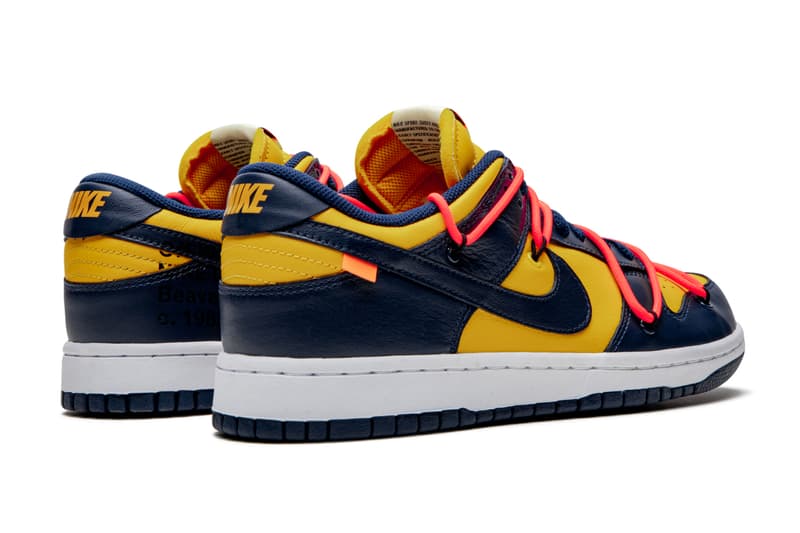 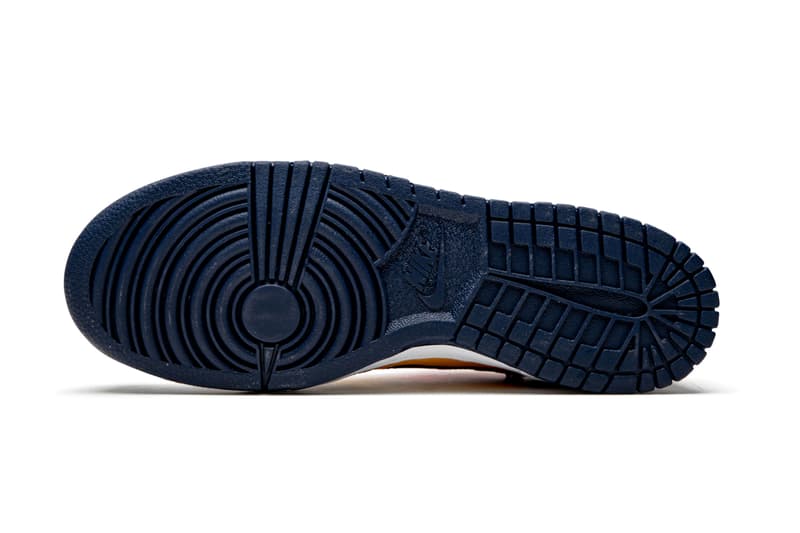 Dennis Rodman Reveals To Kevin Hart How Often He's Been To Jail: Watch