Nike has been killing the game with their Nike React Element 87 and 55 models. Of course, the Element 87 is best known for having its translucent upper which has revolutionized the way some look at sneakers. Not to mention, the react midsole is one of those technologies that could potentially dethrone boost as the most comfortable shoe on the marketplace. Meanwhile, the React 55 is a much different animal. Sure it has the same silhouette, midsole, and design, but it replaces the translucent upper with a solid one, making this shoe a little more accessible to traditional sneakerheads.

Nike has unveiled the latest colorway of the React Element 55, which has elements that would make some believe it is paying homage to the University of North Carolina Tar Heels. The upper is in a nice navy blue, while there are hints of Carolina blue on the tongue and on the Nike swoosh. 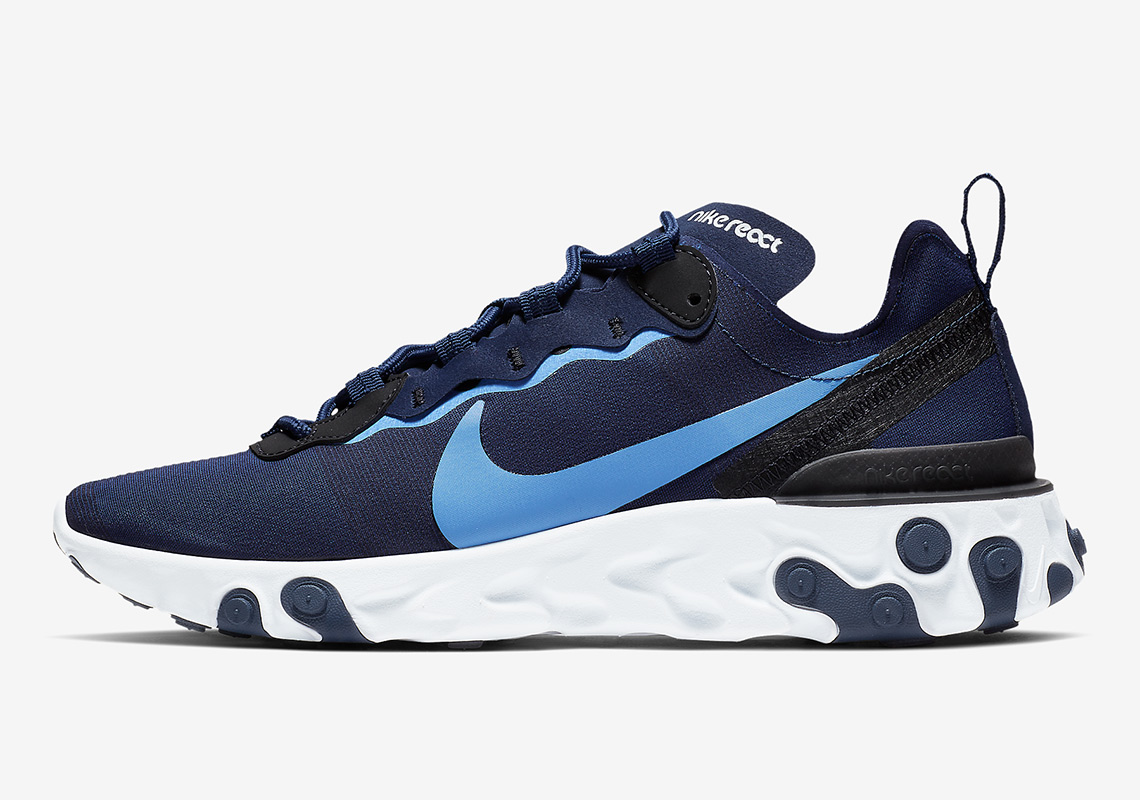 The midsole of the sneaker is white, with little hints of navy blue throughout. Not only will this version look sleek, but they will sure to be comfortable as well.

According to Sneaker News, these will go for $130 USD and should be releasing stateside in a few weeks from now.