A neutral yellow swoosh can be found on this pair.

In 2018, Nike arguably took the crown from Adidas after an incredible collaboration with Off-White designer Virgil Abloh, as well as some new technology that tried to compete with Adidas Boost. One of those technologies was the "React" midsole which offered comfort with a unique aesthetic. No better sneakers demonstrated this aesthetic than the Nike React Element 87 which used the "react" technology all while showing off colorful models and a translucent upper. Alongside the Element 87 was the Element 55, which sported the same silhouette, but replaced the translucent upper with solid colors.

Now Nike is adding to the React Element 55's arsenal with a brand new colorway which blends some muted tones for a clean look. 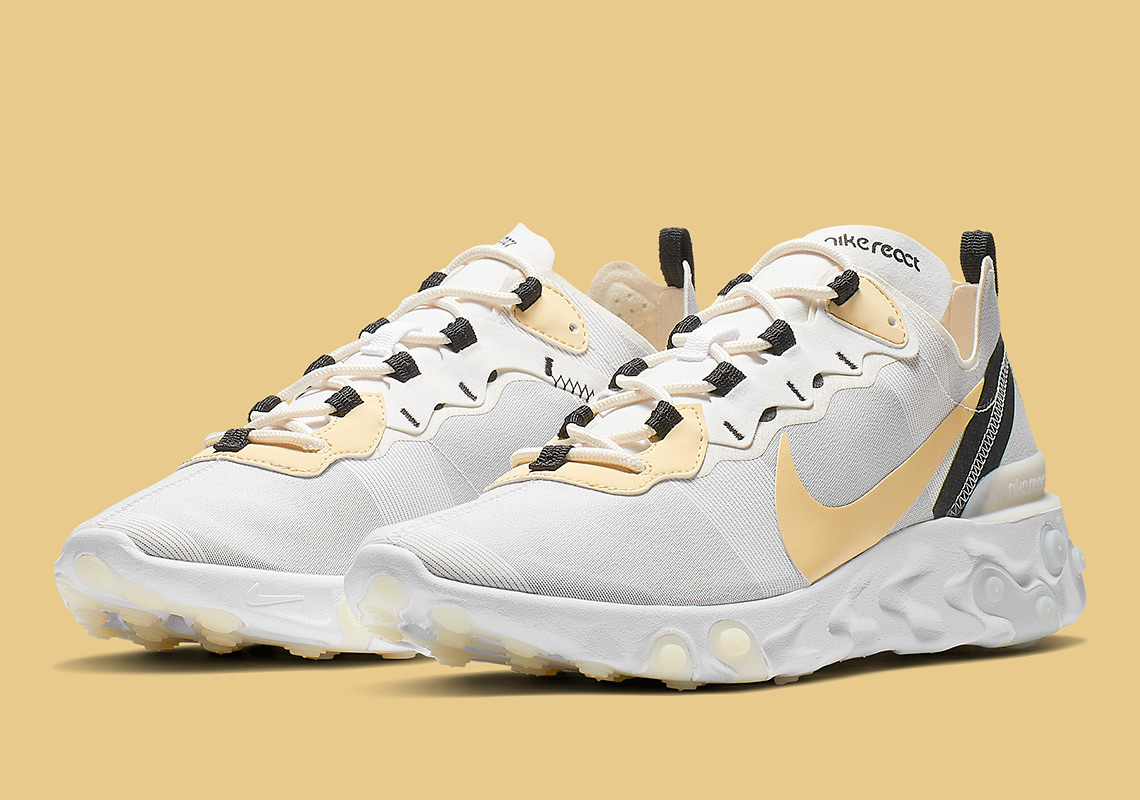 The entire upper of the sneaker is grey and white, while there are hints of beige throughout. Meanwhile, the Nike swoosh itself is dressed in a soft yellow tone that adds a small pop of color. These aren't the most colorful shoes, but they are definitely a clean pair.

According to Sneaker News, there is no official release date for these, but expect them to drop in the near future for $155 USD.

Will you be looking to cop these or are these a pass?

Soulja Boy Thinks He Should Be Apart Of B2K's Reunion Tour