Kevin Durant fans will have a new shoe to cop next month.

This year's latest entry into the Kevin Durant signature shoe line is the Nike KD 12 which has a mid-cut silhouette and a fairly interesting flyknit upper that is complemented by a chunky zoom midsole for added support. Few colorways have released of the shoe so far but Nike and Durant plan to change that as there are a plethora of drops that fans can expect over the next coming months. It also appears as though one of those releases is coming early next month.

Thanks to Sneaker News, we now have word that the Nike KD 12 "University Red," which KD was wearing for the Warriors game last night, will actually be coming out on May 3rd for $150 USD. The shoe has a red flyknit upper with a layer of geometric shapes over it. There is also a faded black Nike swoosh that makes its way along the side of the sneaker. Meanwhile, the midsole is white with red and black speckles all the way throughout.

Will you be looking to cop these or will you be holding out for another colorway? 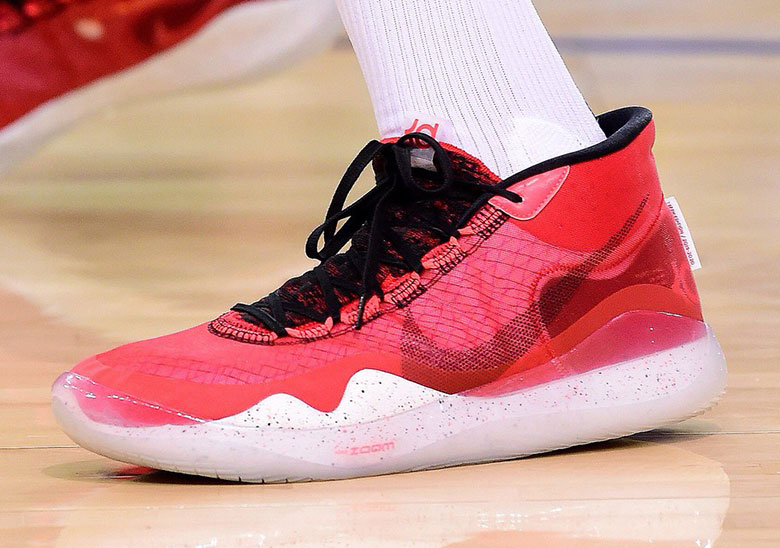