Kevin Durant has been one of the best players in the NBA playoffs this year and he showed that once again on Sunday when he put up 35 points against the Houston Rockets in game 1 of their second-round series. Durant recently released his latest signature shoe, the Nike KD 12 and now, more and more colorways are starting to be released. Considering Durant plays for the Golden State Warriors, it only makes sense that Nike would drop a Warriors-themed colorway of the sneaker.

Well, this week, Warriors fans are in luck as a Golden State model is going to be released. The shoe comes in an all-white upper, while Blue outlines the Nike swoosh and dresses the Nike Zoom midsole. Blue is also placed on the KD logo and finally, yellow is found around where the laces are.

If you're looking to get your hands on this latest pair, they will be released on Friday, May 3rd for $150 USD, according to Sneaker News. They will be available at select Nike sportswear and Nike basketball stockists. 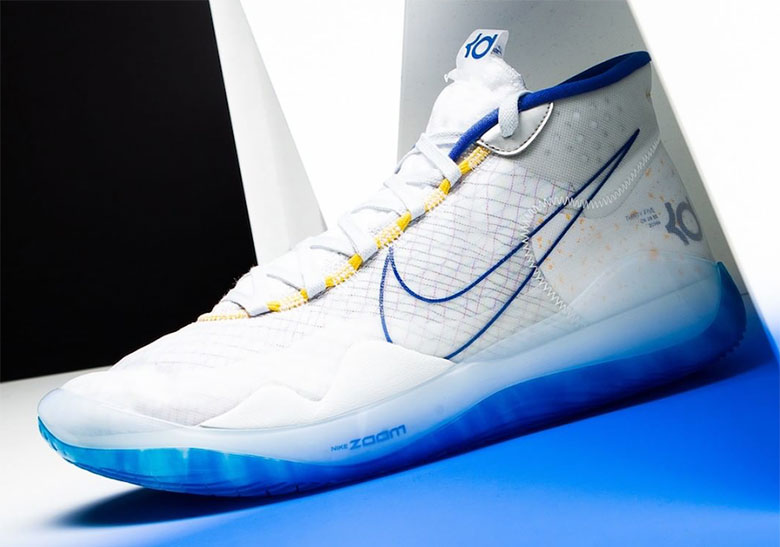