More colorways of the Nike Air VaporMax 2019 are on the way.

By now, we all know what the Nike Air VaporMax is all about. A comfortable running shoe with some of Nike's most ambitious technology to date. Calling a shoe that has an entirely air bubble midsole "ambitious" is probably an understatement, but that's beside the point. The Nike Air VaporMax 2019 is here now, which means some new colorways of the shoe have been appearing. One of those is the new "Terra Orange" version.

One thing you'll notice immediately about the VaporMax 2019 is that it uses the same translucent upper as the Nike React Element 55, giving the sneaker a unique look. The upper of this model is all-orange with metallic silver Nike swooshes on the side. The Vapormax unit on the bottom looks as though it's a mix of charcoal grey and black. 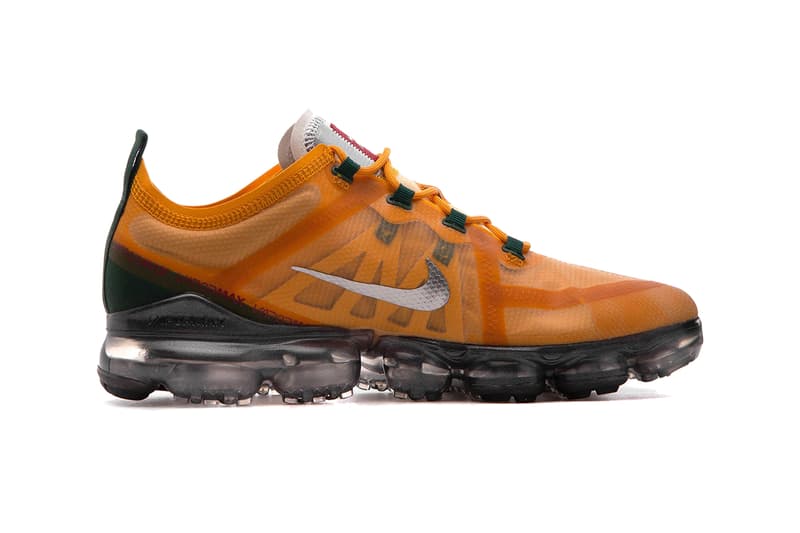 According to Hypebeast, if you're looking to cop these, they will be coming out on January 10th and will run you about $190 USD. They will be releasing at Nike Sportswear retailers as well as Nike.com so there will be plenty of options to cop from.

Will you be rocking these?