Nike is putting the Air Max 720 sole on everything.

Nike is having a pretty great 2019 and a lot of that success is thanks to their brand new sneaker, the Nike Air Max 720. With a chunky Air Max unit that wraps all the way around the shoe, this is easily one of the more ambitious additions to the Air Max library. In order to help promote the Beaverton brand's new technology, they have decided to implement the sole on almost every shoe possible. One of the classic silhouettes that is getting the 720 treatment is the Air More Uptempo. The Uptempo is already a shoe that creates division amongst sneakerheads as many love it for its chunky design, while others hate it. With the addition of the 720 sole, the shoe is getting a lot more wild.

During all-star weekend, a triple-black version of the Air More Uptempo 720 dropped and now a Chicago colorway is coming. With black "AIR MAX" air bubble lettering on the side and red leather upper, these are looking like a pretty loud shoe. Not to mention the translucent Air Max unit on the bottom which makes this sneaker look like it's straight out of the future. 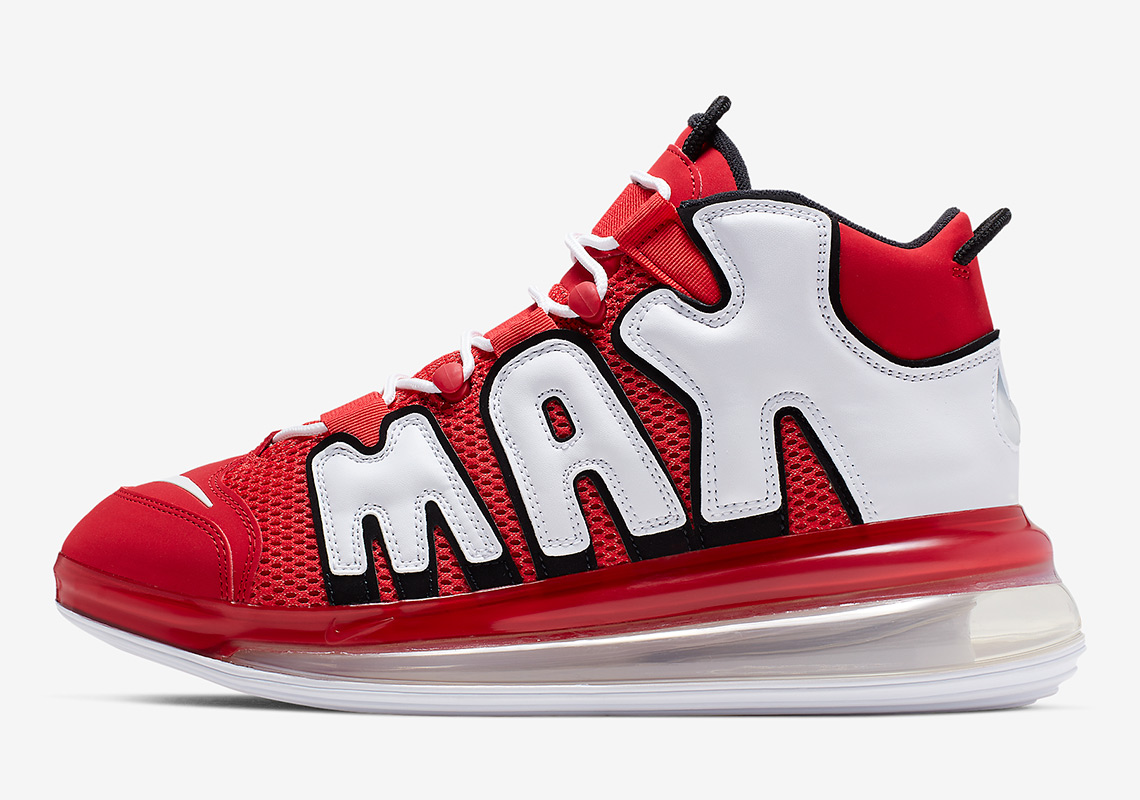 So far there is no official release date, although according to Sneaker News, these could be coming as soon as April for $200 USD. 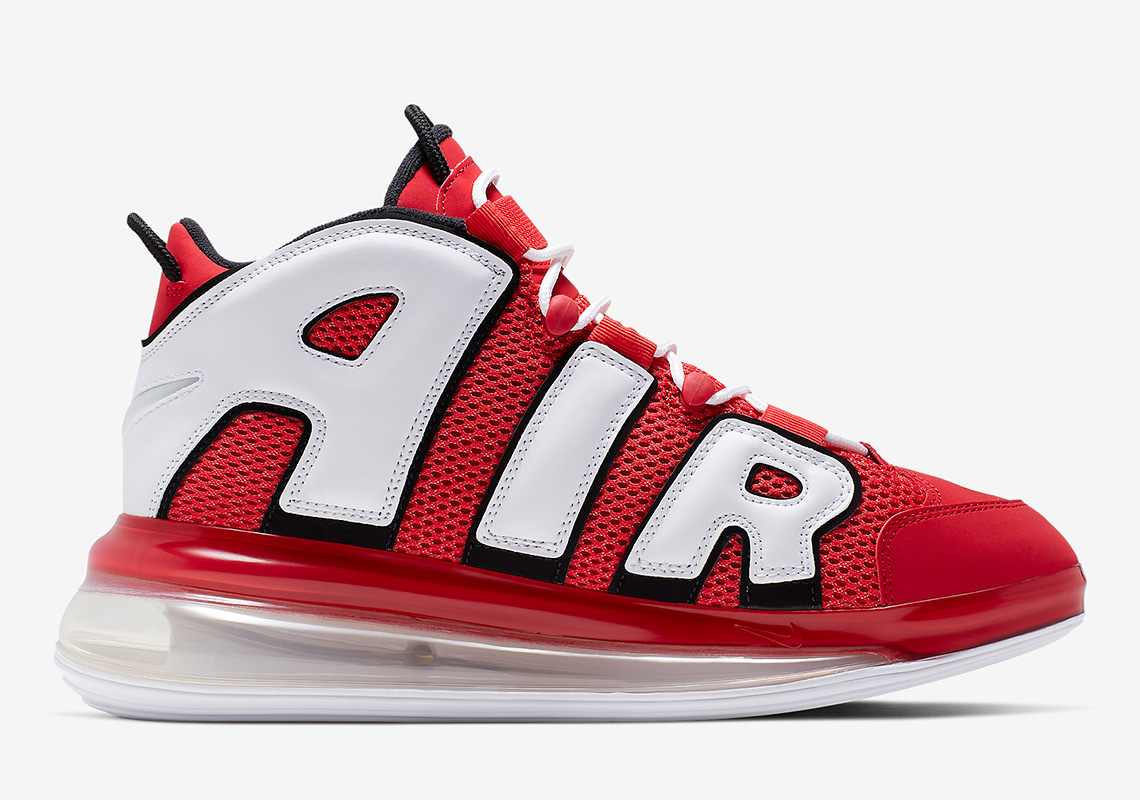 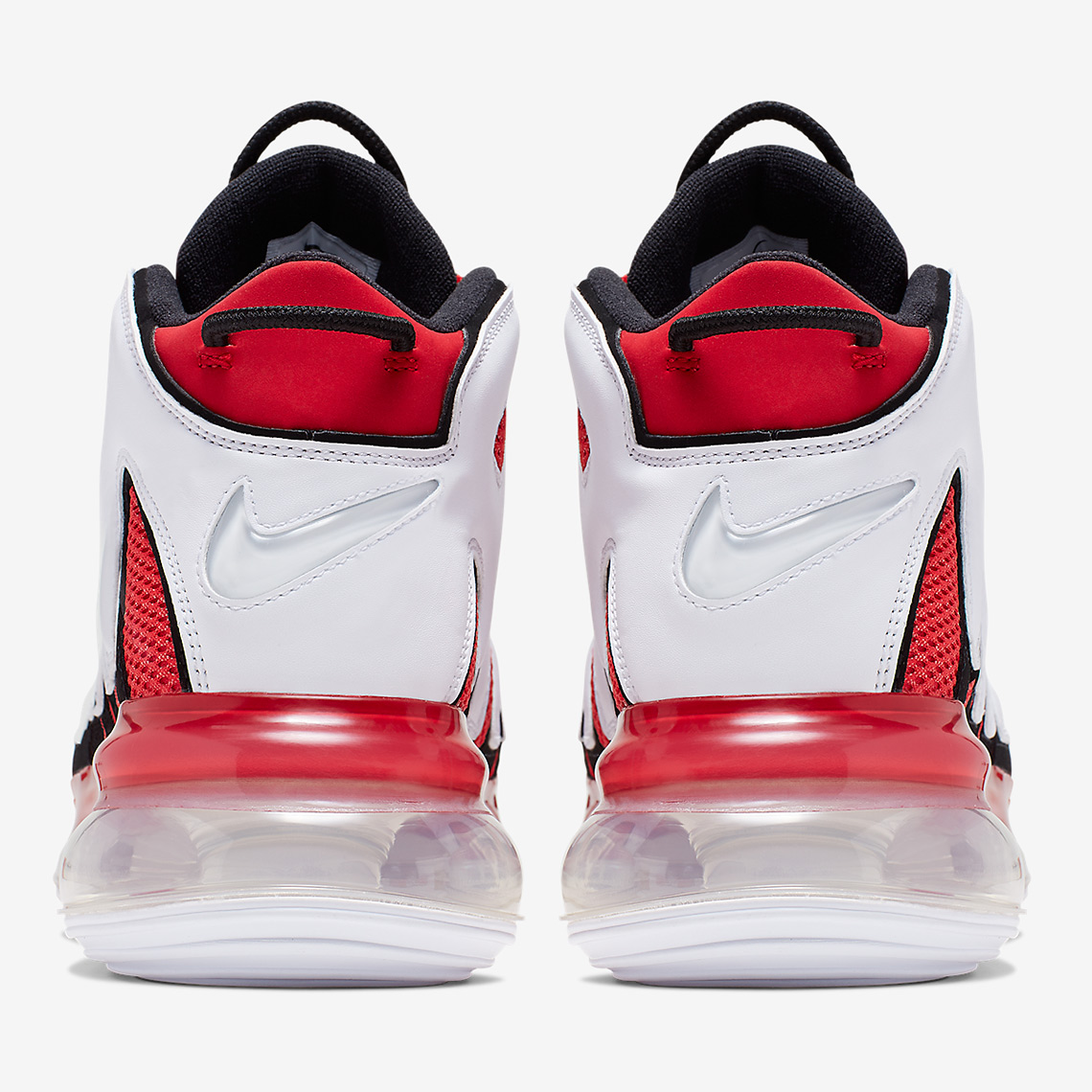