It seems as though every single day we're seeing brand new colorways of the Nike Air Max 720. It makes sense considering the shoe is the latest in the Air Max library and that Nike is looking to release a whole slew of pairs in conjunction with Air Max Day on March 26th. There have been plenty of solid-color models and now Nike is getting a little funky with it as they showed off this new iridescent version.

Before describing the overall colorway, you have to understand what is so special about the Air Max 720. Wrapping all the way around the shoe is an air bubble reminiscent of the one found on the Air Max 270's heel. Having the entire midsole made up of an air unit will surely make this sneaker one of the more comfortable on the market. 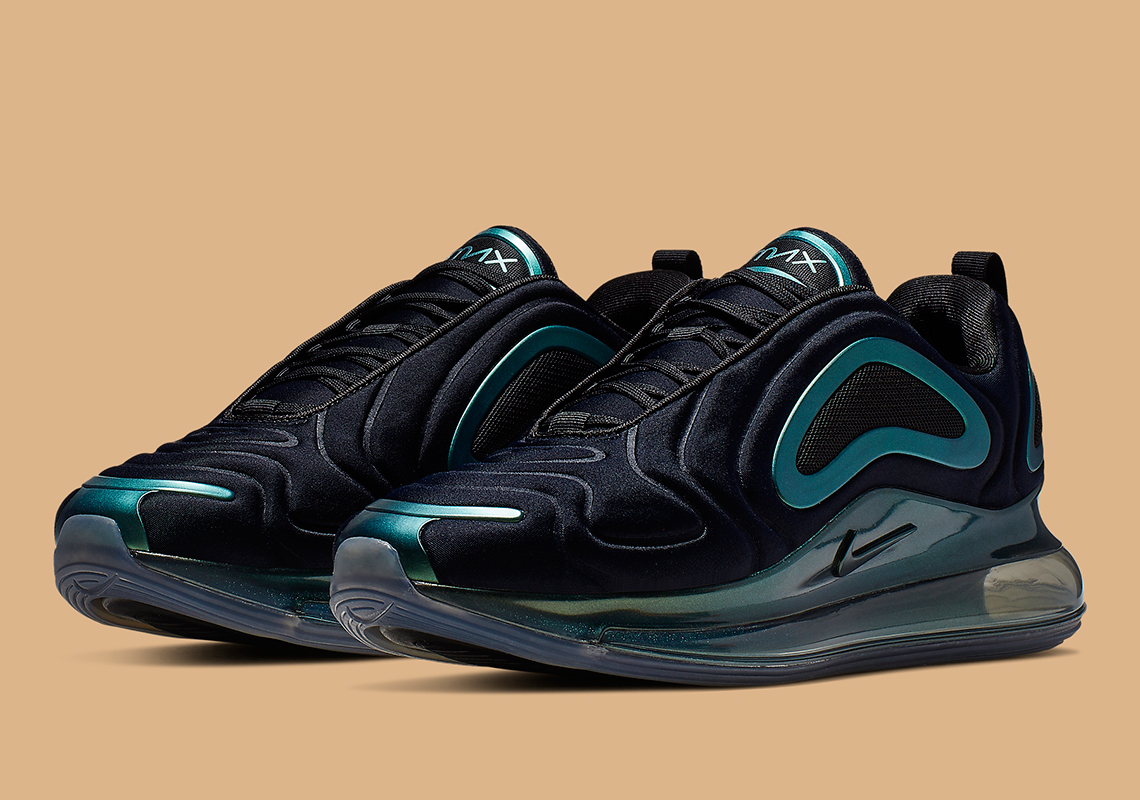 Now as for this specific version, it comes in an overall black and green colorway that has hints of iridescent detailing. There is Air Max branding on the tongue and on the outsole.

As for the release date, nothing is confirmed just yet, although expect them to drop sometime within the next couple of months. These will be going for $180 USD.