Nike has been showing off images of its latest Air Max version, the 720 recently. Despite the push for the new sneaker, the Beaverton brand still cares about its predecessor, the Nike Air Max 270, as new colorways keep finding their way to store shelves. With Air Max Day just a couple of months away, Nike is showing off its latest colorway of the 270 which is a mix of cool grey and blue fury.

Now if blue fury didn't sound cool enough already, this entire colorway makes the 270 looks like something out of the future. The entire upper is dressed in cool grey, while the Nike swooshes are dressed in the blue fury that makes the shoe pop in a very subtle way. Meanwhile, the midsole and the air bubble on the back heel are black, making these kind of stealthy as well. 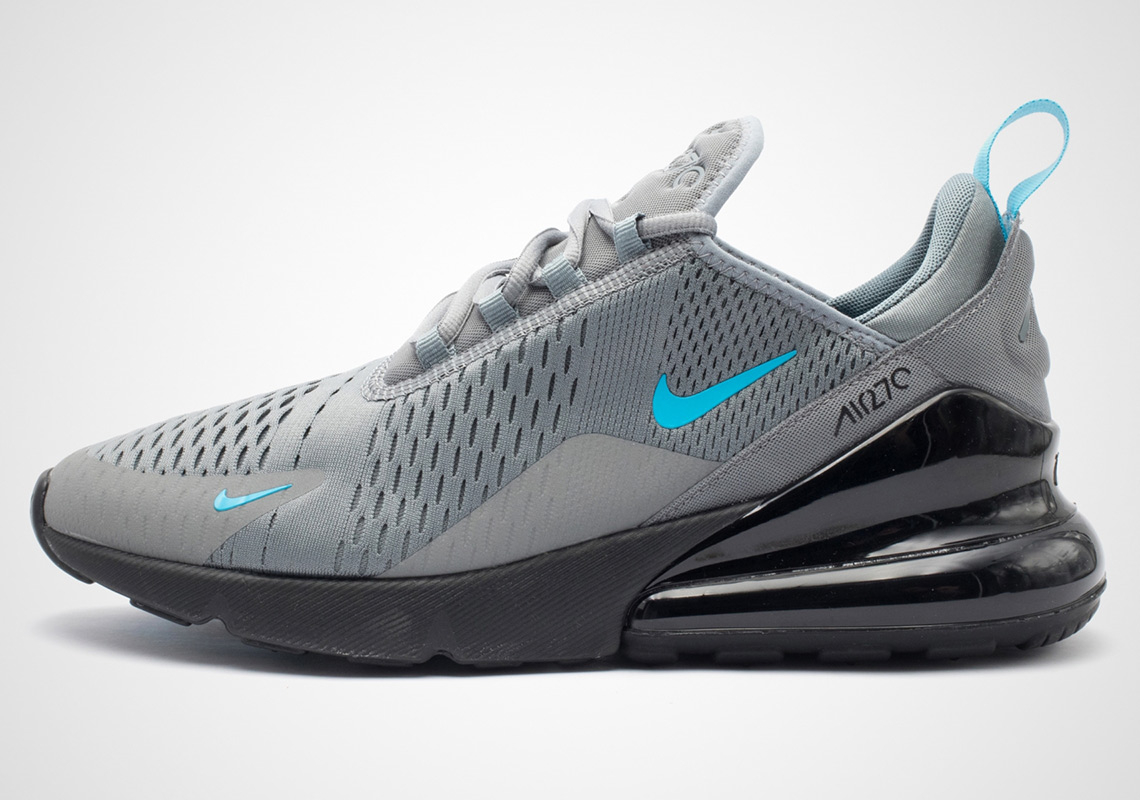 According to Sneaker News, these kicks have released overseas, but are still awaiting a release stateside. Just like other Air Max 270 models, these will be going for $150 USD.

Are you feeling this new colorway or are you waiting for the 720 to release instead?