The Game and Nicki Minaj made Yung Joc's perm fodder for mockery online.

Petty duo Nicki Minaj and The Game mocked Yung Joc's permed coiffe on IG Wednesday. The Los Angeles emcee posted a photo where he cropped a feminine hairdo on the Atlanta native's head. Nicki joined in and had a good laugh.

In the captions The Game called it, "the fantasia/everybody favorite auntie" hairstyle. Minaj then posted in the comment section, "Why are you like this? I'm sure this ain't a real pic. Leave everybody alone." It was all for jokes though. 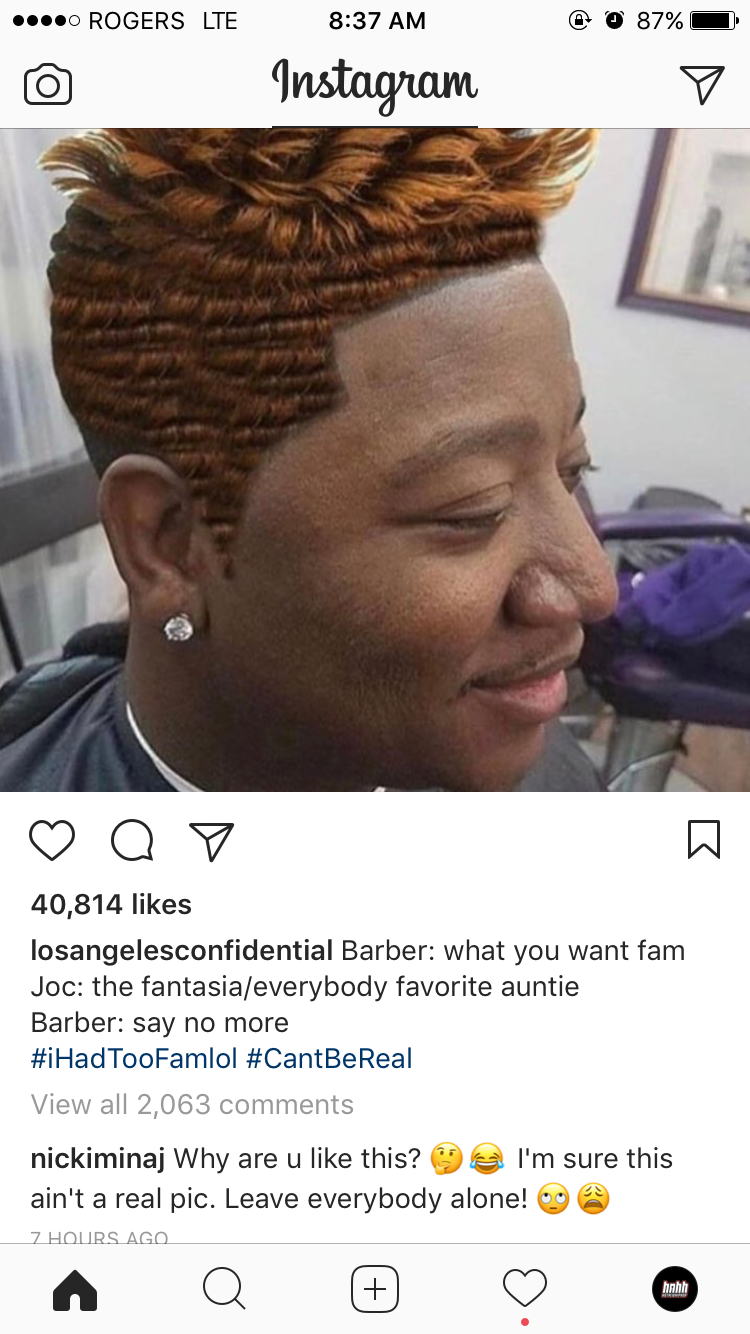 Maryland Truck Driver Arrested For Stealing $19,000 Worth Of Sneakers