Lil Pump Responds To Eminem's Diss With Humility And Love

On his new album Eminem pulls what is either known as a "Control" or a "Barbie Dreams" depending on who you prefer. He not only does a good job singling out people who really deserve the shade (ie. Joe Budden and Akademiks), but also comes through with some super accurate jabs. His Lil Pump diss is perhaps the best example: "Lil Pump, Lil Xan imitate Lil Wayne/I should aim at everybody in the game, pick a name/I'm fed up with being humble." He also imitates Lil Pump's flow pretty nicely: "So finger-bang, Pootie Tang, Burger King/ Gucci Gang, dookie, dang."

Now, a diss so explicit cannot go unanswered and Lil Pump is no fool. Instead of trying to fire back a rapper known for his lyrical dexterity, Lil Pump simply accepted the abuse: 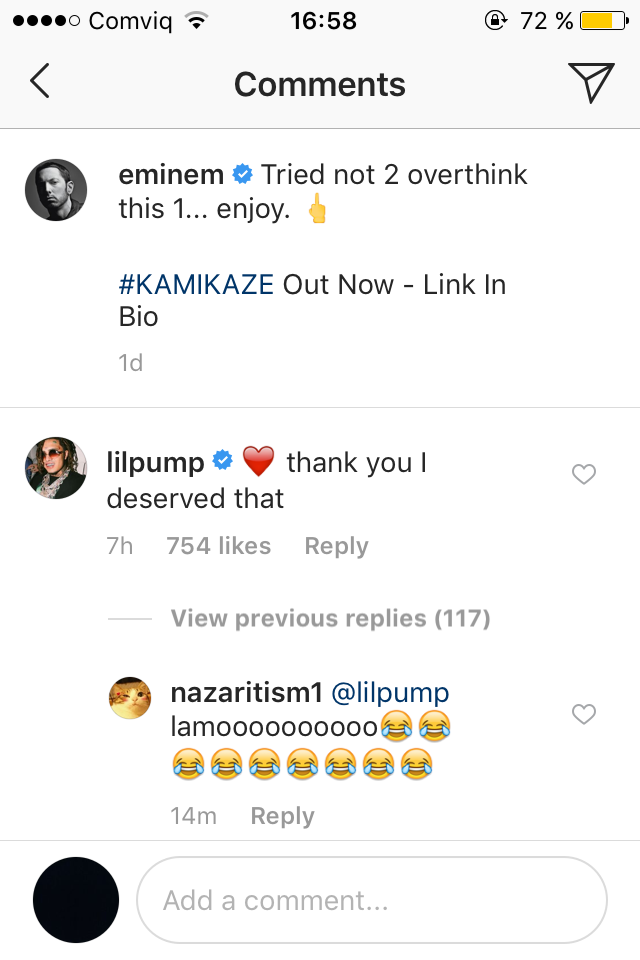 Certainly an endearing response and a welcome acknowledgment of the enduring influence of Weezy F. Baby, especially coming from one of the biggest artists of the new school. The love goes both ways though. Back in January, Lil Wayne released a remix of Lil Pump's "Gucci Gang" on his Dedicaiton 6: Reloaded called "Tunechi Gang."

Check out our compilation of everyone dissed by Eminem on the new album here and listen to "The Ringer" here.