Jordan Brand continues to show off colorways for their new model.

This year is a big year for Nike as they've been showing off the Nike Air Max 720 to the world with great success. The shoe is unique in the sense that the air max unit wraps all the way around the shoe in a way that's never been done before. Nike is so excited about this technology, that they've been implanting it onto other established silhouettes such as the Nike Air More Uptempo. Now though, Nike is doing just that with a brand new silhouette in the Jordan Proto React. This sneaker typically has a react midsole, but now the Beaverton brand is putting the Air Max 720 unit on it, making the shoe look extra-realistic.

We've seen two colorways of the Jordan Proto Max 720 already. The first an all-over red colorway while the second was a "Bred" colorway. This latest colorway that's been revealed is a lot flashier as is comes in gold and black. Gold is found all over the upper and the air max unit, while black takes over on the tongue, laces, and the velcro strap in the back. The midsole of the shoe comes in a creamy off-white which adds a clean pop to the shoe. 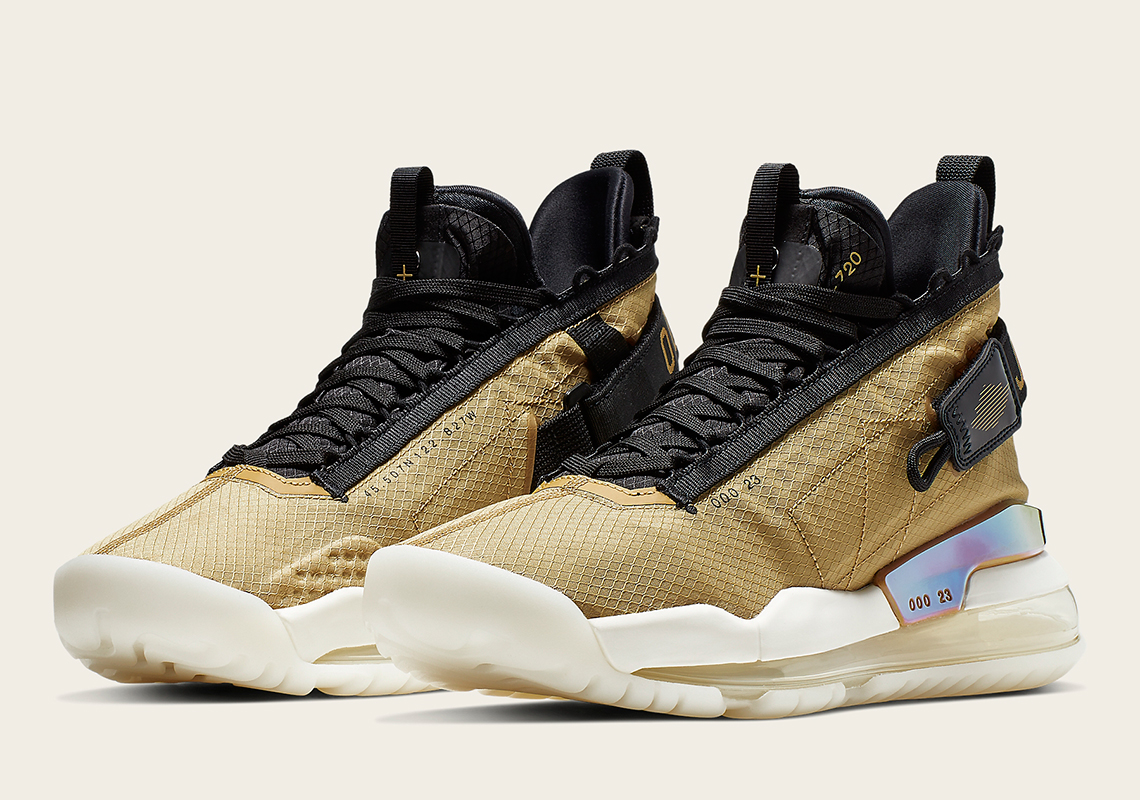 There is no official release date or price for this shoe yet so stay tuned for updates as soon as they become available. You can expect these to release sometime this year.