More colorways of the Jordan Legacy 312 are being revealed.

A few months ago, Don C's Jordan Legacy 312 was revealed to the world with mixed reviews. Some people loved the designer's take on combining three iconic shoes, while others couldn't get behind them, mostly because mashup sneakers tend to be blasphemous to their original design. Regardless, the Legacy 312 has had quite a bit of success and received a ton of unique colorways. Now that the high top version has been established, Jordan Brand is bringing out the low top model. Yesterday we got a glimpse at the "Bred" colorway and now we have an official look at an unnamed colorway that is coming in some earthy tones.

The upper consists of beige leather with black on the tongue, laces, and the toe strap. Instead of the elephant print found on most Legacy 312 pairs, there is a patch of premium suede done up in beige. The back heel and midsole come in an off-white hue, adding contrast to the upper. 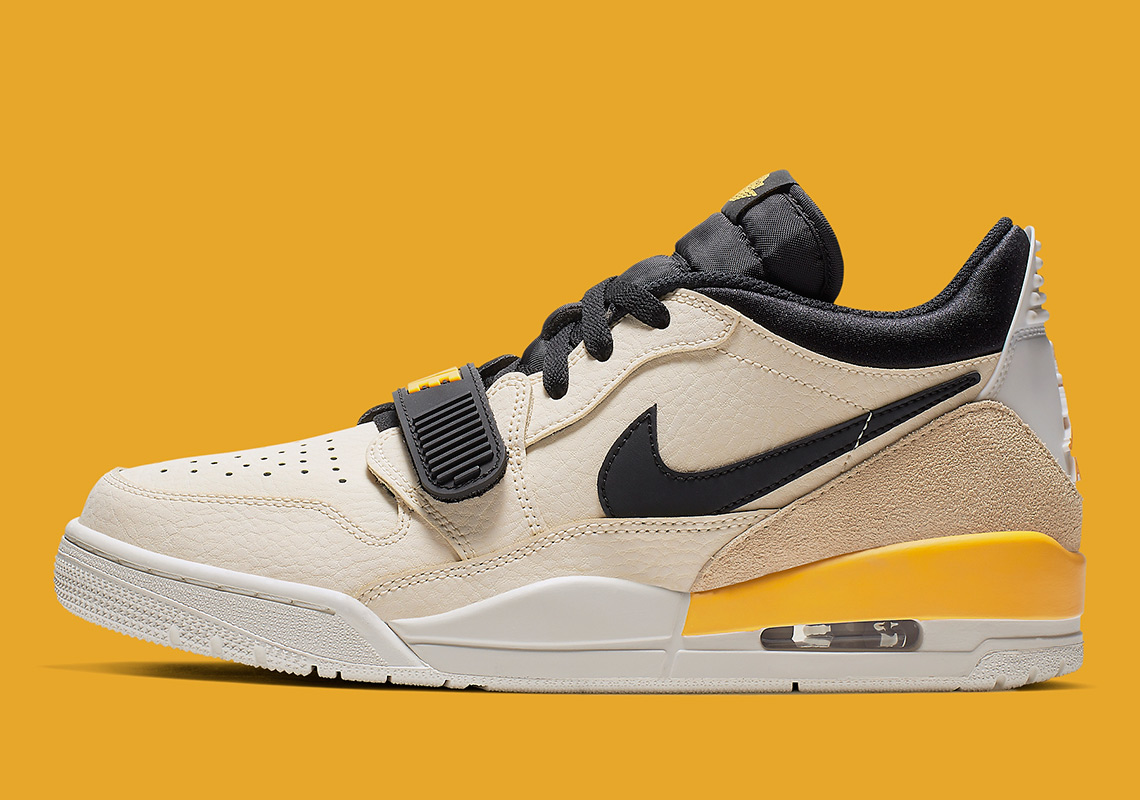 As of today, there is no official release or pricing information, although you can expect these to drop sometime this month just in time for the Spring.

Will you be copping these or are you hoping to snag a different colorway.