Another colorway of this collab is on the way.

Jerry Lorenzo's Fear Of God x Nike collab is nowhere near coming to an end just yet. Why would it? The Nike Air Fear Of God performance basketball sneaker was a huge hit amongst shoe aficionados and the two brands are pretty well made for each other. So much so, that just yesterday, the Fear of God x Nike Air Skylon 2 was released to the world in two simple black and white colorways.

It doesn't seem like the collaboration is ending there though. New images courtesy of Nike reveal that a "light bone" colorway of the sneaker will be hitting the market in January. This new model comes with the same features as its predecessors, except this time around, the patent leather swoosh is replaced with a clear plastic one. 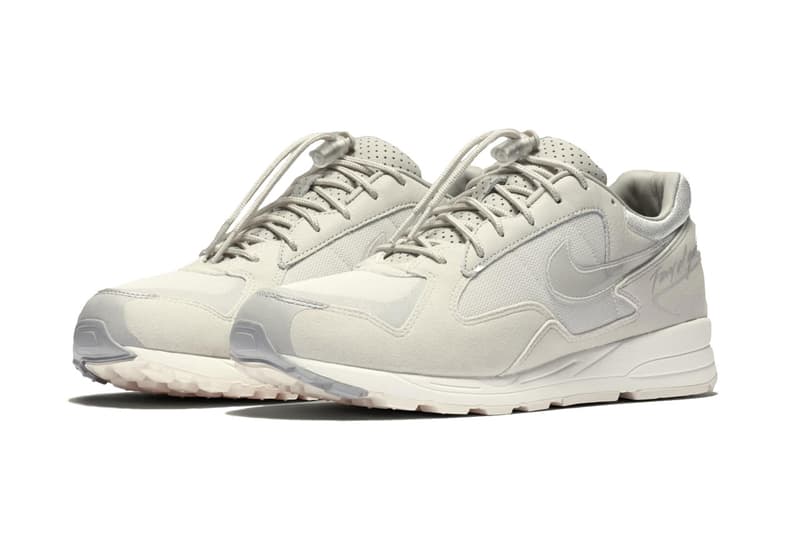 The entire upper of the shoe is dressed in a pale cream tone with an off-white midsole. As you can tell by the images, these definitely fit the chunky "dad shoe" aesthetic that became so popular in 2018.

Fans of this collab can expect the shoe to drop sometime in January for $150 USD, according to Hypebeast.

Do you think this is the best Fear Of God x Nike collab so far, or do you prefer the Nike Air Fear Of God basketball shoes instead?