Big Soulja is working with the man he taught everything to.

When Soulja Boy took to The Breakfast Club and went on an epic rant about Tyga and Drake, we learned that Drake's song "Miss Me" with Lil Wayne, contained flows and lines from Young Drako's song "What's Hannenin'." Big Soulja even went on to say that he taught the Canadian rapper everything he knows and that his success as a superstar is in large part thanks to Soulja Boy's influence. While some laughed at the idea, others used the declaration as a starting point to a much larger debate about Soulja's influence on hip-hop music and the culture at large.

Since then, Drake unfollowed The Weeknd on Instagram and replaced him with Soulja Boy. Now, according to OnSmash, leaked Instagram DM's point to the fact that Aubrey might be making a song with Soulja Boy and it might be coming sooner than we think. 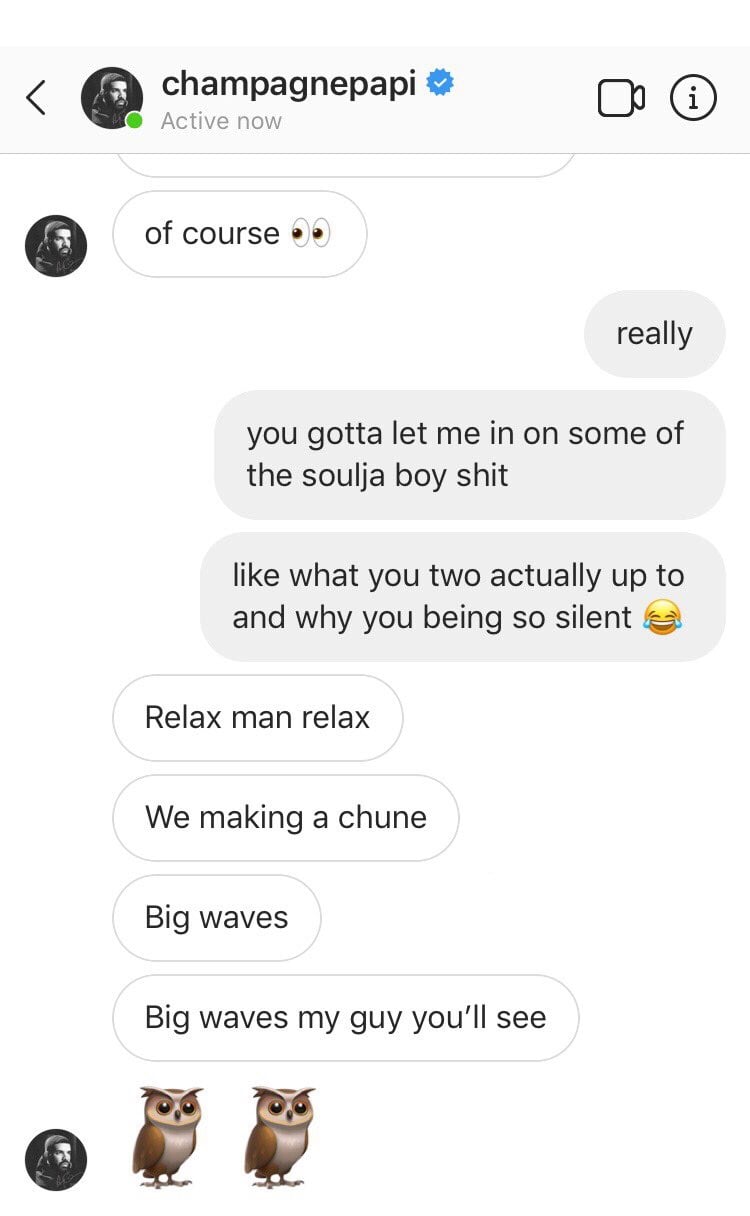 Drake has always been notorious for reaching out to artists he feels inspired by and doing records with them. At the height of his obsession with UK rap, Drake featured a slew of grime artists on his playlist album More Life. He is also reportedly making a song with offbeat darling Blueface.

Would you be interested in hearing a song from the two or would you pass?