DJ Akademiks had some strong words for the "Joe Budden Podcast" co-host.

Over the last few months, DJ Akademiks has gotten into spats with a multitude of artists and media personalities. From Meek Mill to Freddie Gibbs, Akademiks has had some very strong words for his adversaries. These sentiments are mostly shared on Twitch and his Twitter account, which leads to plenty of engagement and entertainment for his fans, who eat it up.

These past few weeks, Rory and Mal from "The Joe Budden Podcast" have been his latest targets. Akademiks didn't like how the co-hosts were talking about him, which eventually led to some late-night rants on his Twitch page. Last night, Akademiks took his beef with Rory to Twitter as he unleashed some harsh words upon the co-host. Rory eventually replied to Akademiks although the tweet got deleted once Ak quote tweeted him. 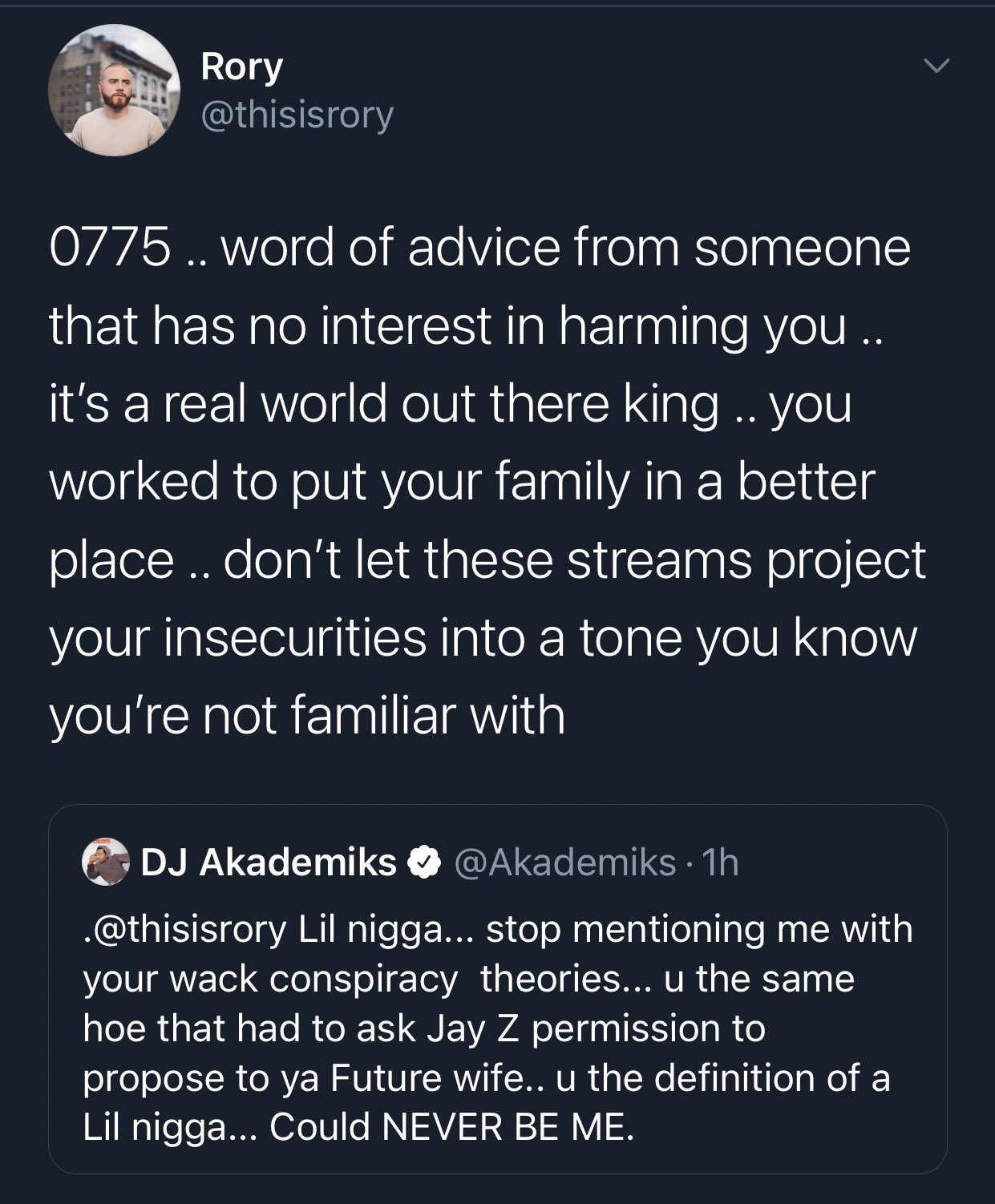 Akademiks fans immediately pointed out that his argument about the Roc-Nation brunch was invalid as it's simply good etiquette to ask the host if you could propose at their event. Regardless, Ak wanted to take his shots at Rory and that's exactly what he did.

As of right now, "The Joe Budden Podcast" is on a short hiatus which means it might take a while before we get a response.