The Air More Uptempo remains one of the more polarizing Nike shoes of all time.

When most people first look at the Nike Air More Uptempo, they're not sure whether they're supposed to love it or hate it. After all, it's a pretty polarizing shoe with a design that most people would balk at. Regardless, the sneaker has developed quite a fanbase and every year, Nike returns to give the shoe some brand new colorways in order to keep consumers satisfied. For every person that hates this shoe, there are just as many who love it so if you were hoping to see Nike shelf it forever, you're going to be disappointed.

The latest colorway which has been announced for the shoe is being dubbed "Camo" for very obvious reasons. Most of the shoe is covered in black leather, while the large block lettering that reads "AIR" is dressed in some standard-issue green and brown camo. It's a pretty simple design that remains consistent with many of the other Air More Uptempo colorways before it.

If you're looking to cop these, you'll be able to do so as of June 19th for $170 USD, according to Sneaker News. 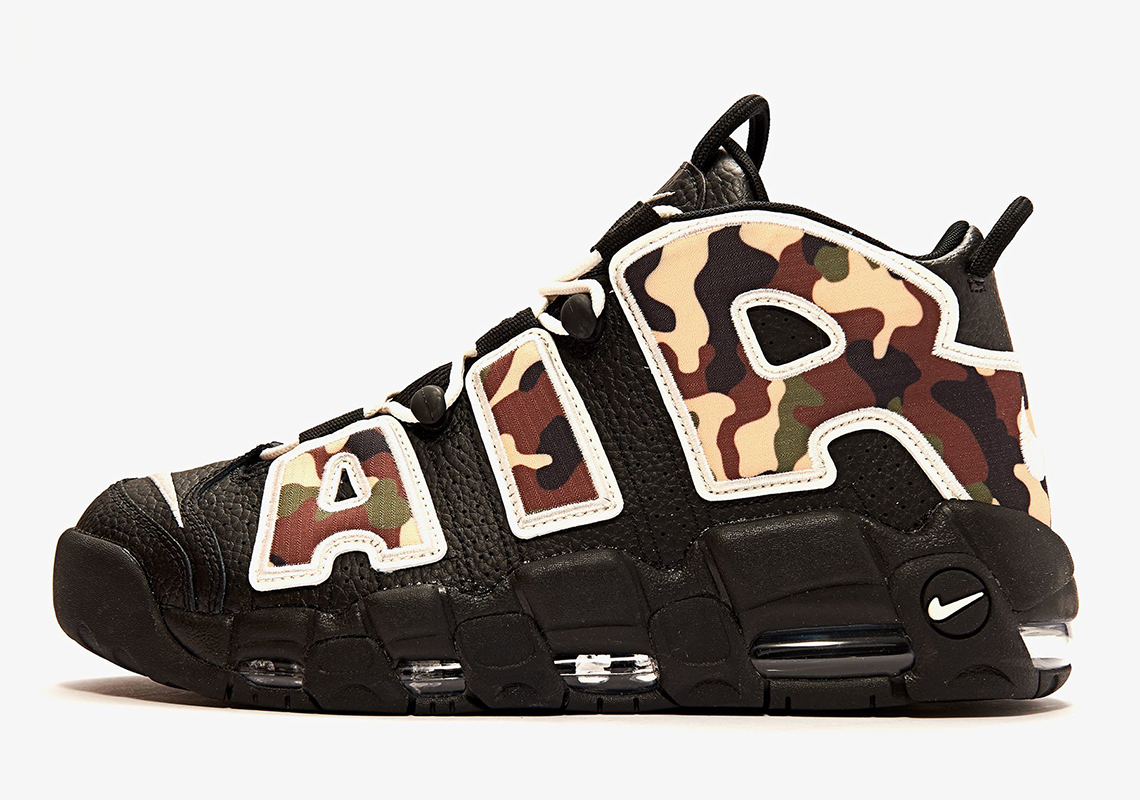 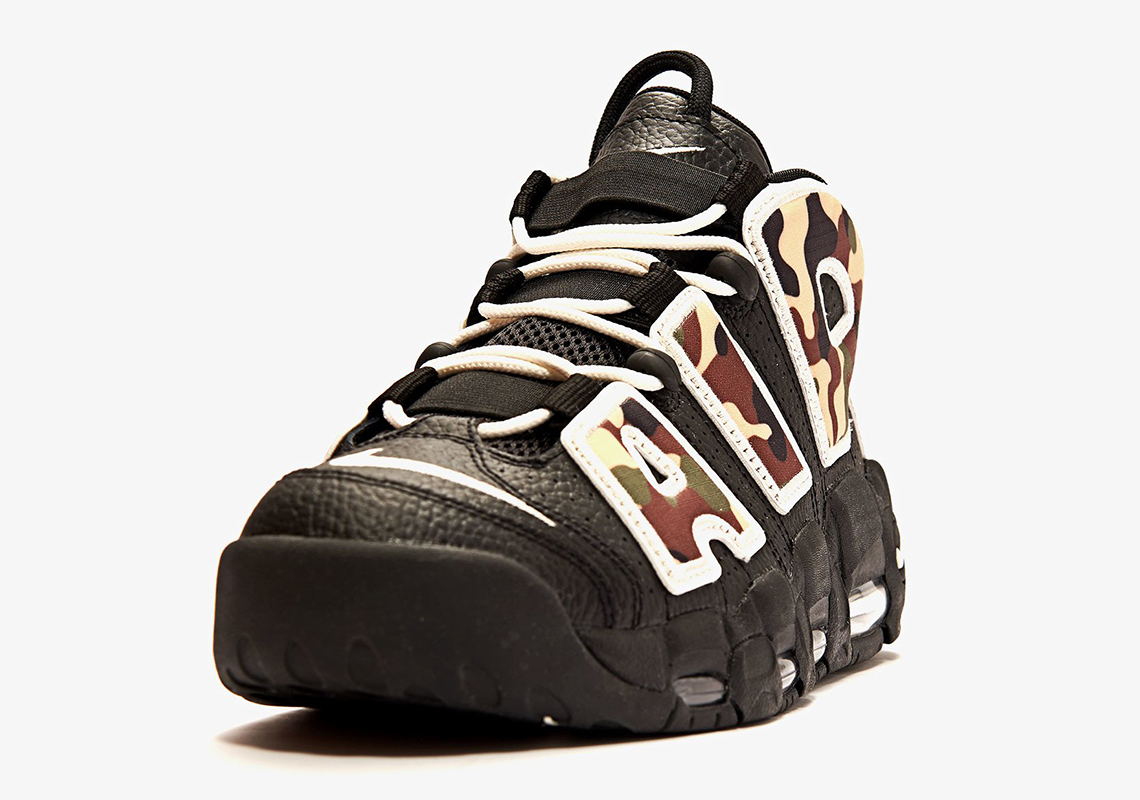 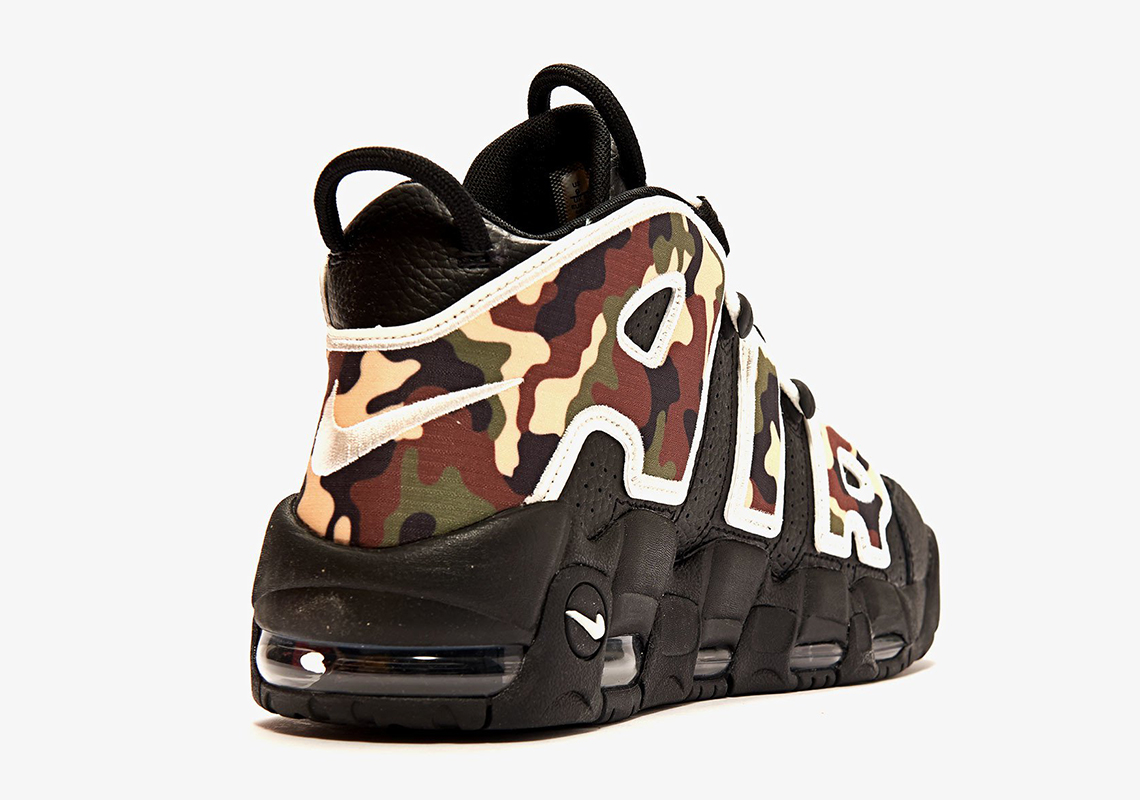 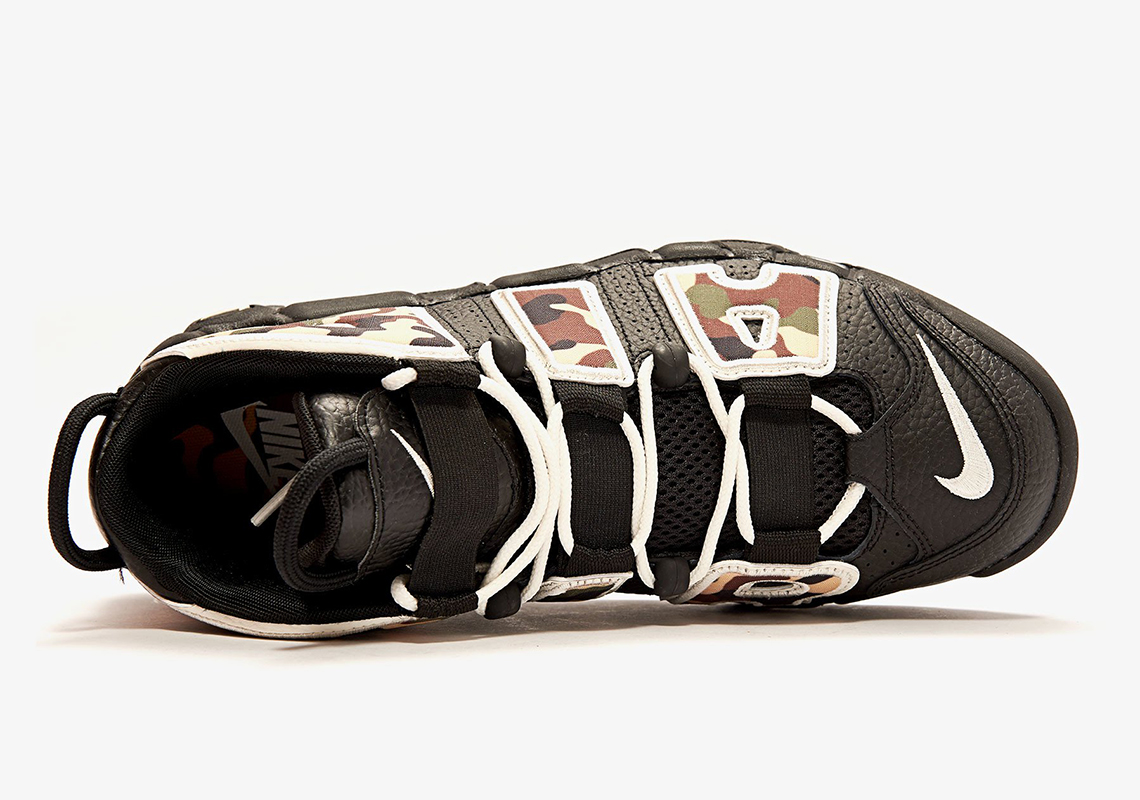