A$AP Rocky's coming for that booty.

It's hard enough to keep up with the Kardashians, let alone these Jenners. As you probably already know, the Met Gala 2017 went down last night, luring many elite entertainers out of the woodwork. The stars donned high fashion apparel, showing off the latest from acclaimed designers. While Rihanna stole the show rocking a b-side Batman villain costume (Queen Luffa comes to mind), the event inevitably brought out the bulk of the Kardashian-Jenner clan, with appearances from Kim, Kylie, and Kendall.

The latter, wearing a black dress or lack-thereof, seemed to openly flaunt some sort of intimate relationship with A$AP Rocky (among other things). Kim Kardashian took a Snapchat picture of Kylie Jenner filming Rocky copping a consensual feel on Kendall's exposed behind. It's an odd, Inception-esque display to be sure, with Kardashians filming Jenners filming other Jenners mid-fondle, but one does not simply question the inner workings of that family.

Between Kim, Kendall, and Kylie, the ladies of the Kardashian/Jenner clan are amassing quite a following of enamored rappers. At this point, they may as well start a record label, and drop a single with Kanye, Travis & A$AP Rocky. They could even throw Tyga a feature on the remix. 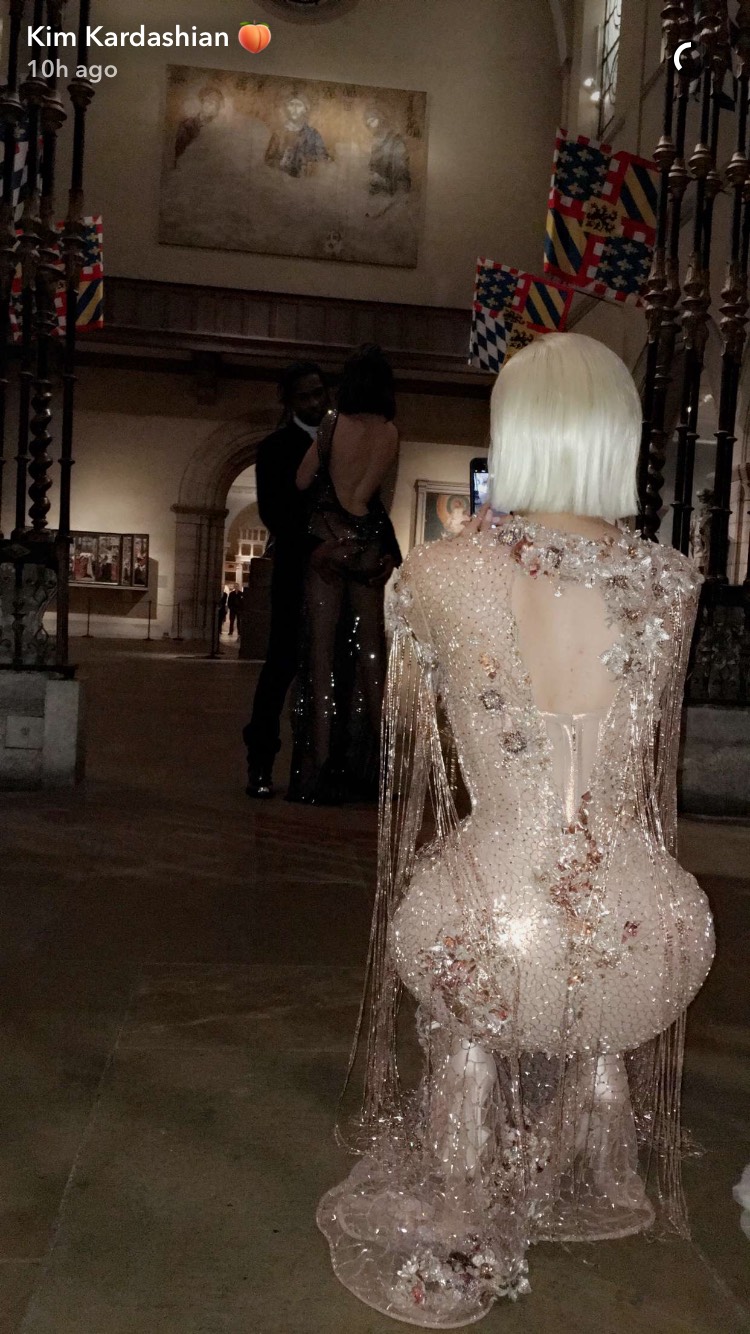 Russell Westbrook Eligible For "Supermax" Deal, Would Make Him Highest-Paid In NBA History