Jordan Brand is bringing some heat at the end of March.

Tinker Hatfield is a legend when it comes to sneaker design. While it may seem unthinkable now, Nike was at risk of losing Michael Jordan. The NBA legend wasn't happy with the brand anymore and after the lackluster Air Jordan 2, MJ was about to move on. That's when the brand brought in Tinker as a last-ditch effort to design the Jordan 3 and win back Jordan. When Hatfield presented Jordan with the Air Jordan 3, he fell in love and stayed with the brand. Tinker would then design every single Jordan from the 3 to the 15. This is an important story to tell as last year, Jordan Brand released the Tinker Air Jordan 3, which was different than the OG version as it had a Nike swoosh on the side, something that Tinker included in early his concept drawings.

The first Tinker 3 came in white and black and now, Jordan Brand is releasing a new Air Jordan 3 Tinker but this time it will come in a "University Red" colorway. 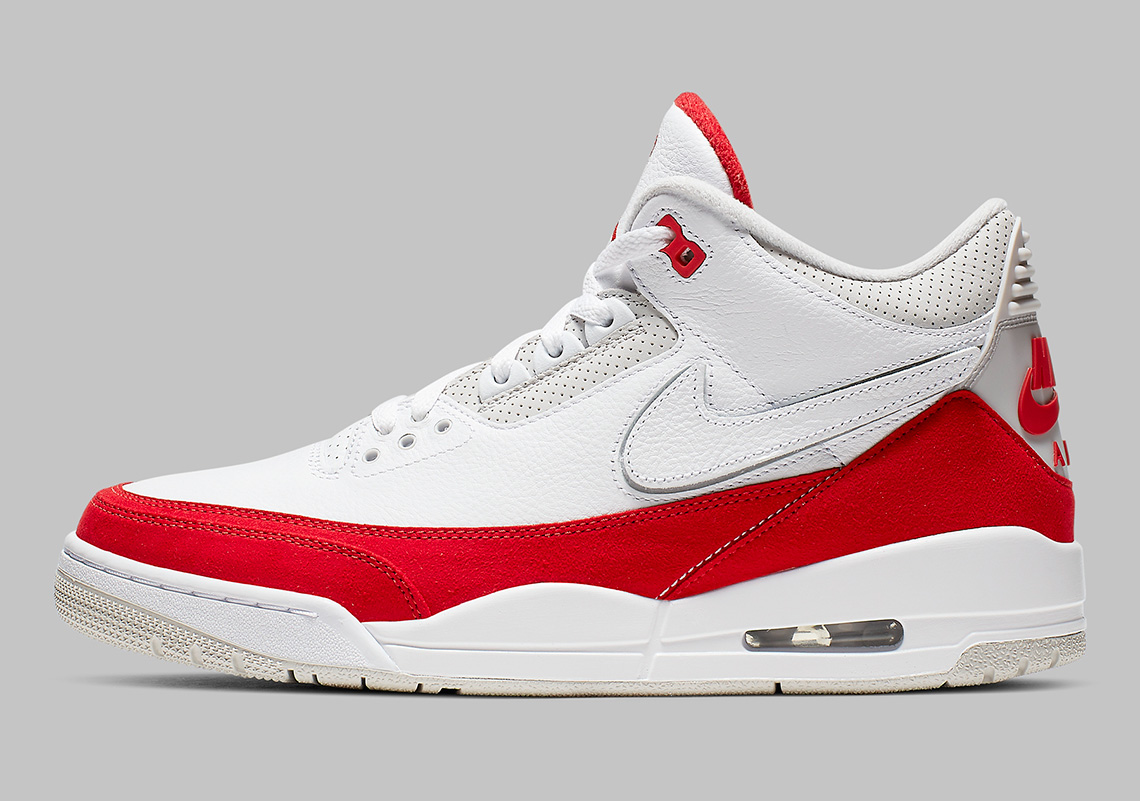 As you can see from the image above, the upper comes in white leather, with red suede where the elephant print would normally be. The midsole is white with a creamy beige outsole. In addition to the red Nike Air branding on the back, there are interchangeable Nike swooshes on the side which is an interesting addition to the sneaker.

If you're looking to cop these beauties, they will be available on March 30th for $200 USD, according to Sneaker News. These will most likely be a Quickstrike release on the Nike SNKRS app, so you'll have to act fast on the day of release.