Welcome to this week’s ‘140 Bars Or Less’ post where we look at the “best-in tweet” in the world of Hip Hop. This week Slim Thug gives thanks, Curren$y gives bottles, and Soulja Boy gives kicks...Oh, and Gary Coleman haunts from the grave.

Dissecting the funniest, most entertaining, and outrageous tweets from some of the biggest names in rap who are on Twitter. Â Twitter is intriguing to fans because it offers an un-buffered forum into the minds of some of your favorite artists. Â The material is often raw and unfiltered, and lucky for us, most of these guys have no filter.

Check out the article'sÂ Twitter accountÂ here, where we post evenÂ more re-tweets. Â If you see any tweets by known rappers you think should be included then let usÂ knowÂ @140BarsorLess

Buying sneakers for a fan just out of love is pretty damn solid. I mean, if someone came up to me in the mall saying they were a fan I might be able to grab them a taco from the food court. Hopefully Soulja continues to buy luxury cars by the pair, and kicks for his fans all while tweeting about it. Dude is operating on another stratosphere, cause this isnât âreal lifeâ stuff for the average person.

Pharrellâs been in the game awhile and worked with almost everyone in the industry, but still hearing about him in the studio with Miley Cyrus sounds strange. Even stranger, is seeing them tweet at each other. This odd rap/pop pairing would be like Justin Bieber working with Raekwon, or Big Sean...only prettier.

Free flowing alcohol is integral to any party, but you might want to rethink handing over a full bottle to a chick lest she get wasted and transform into a ratchet right before your eyes. You know the saying âgive a girl a drink, sheâll take a litreâ.

Getting recognition in your hometown is dope and all, but might wanted to make sure they didnât confused you with Yelawolf. 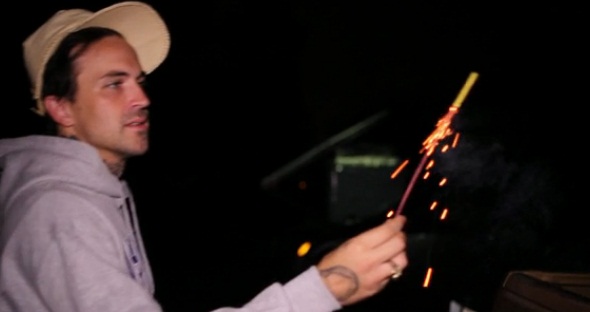 Thereâs just something inherently funny about Fifty trying to stop his son from being mischievous, while heâs made millions exploiting his street life persona. Maybe his sit down with Oprah has him being a lot more Curtis Jackson and less 50 Cent these days.

Finding out most rappers rock fake jewels is like finding out Santa Clause isnât real. Next youâre going to tell me that rappers donât actually own all the cars in their videos.

Anyone who follows this column knows I am not a big proponent of shady cab drivers. Iâm sure Cormegaâs cabbie was hilarious, and engaging. Iâm also sure he was loaded up on a fifth of whiskey. Anytime you have an overly friendly/funny cab driver then itâs probably Jack Danielâs driving the car.

Being haunted by the ghost of Gary Coleman wouldnât be so bad. I can think of a lot scarier ghosts to haunt me from beyond the grave...like that scary-ass Webster (Emmanuel Lewis).

Tyga Comments On Chris Brown & Drake Feud: "Nobody Wants To See Them Beef"

Man Arrested In Connection To Shooting Of Trae Tha Truth