Adidas is keeping the dad shoe alive with this latest collaboration.

By now it's no secret that the dad shoe trend when it comes to sneakers is here to stay. The trend was birthed thanks to Kanye West's immensely popular YEEZY Boost 700 "Wave Runner" model and never really seemed to go away. Pretty well every single sneaker company took advantage of the trend and came out with their own chunky runners. Even Adidas has made sure to revive some forgotten models in order to cash in on the current wave. One of those models is the Magmur Runner which is seeing a revival thanks to a collaboration with Danish retailer Naked.

Based on the images, it appears as though this collab will be coming out in two colorways. The first comes in a white upper with blue and green accents, while the second colorway is dressed in a creamy white. As is the case with most dad shoes, these have a chunky midsole that appears like a huge platform. Meanwhile, the tooling brings you through plenty of twists and turns to create a pretty interesting take on the trend. 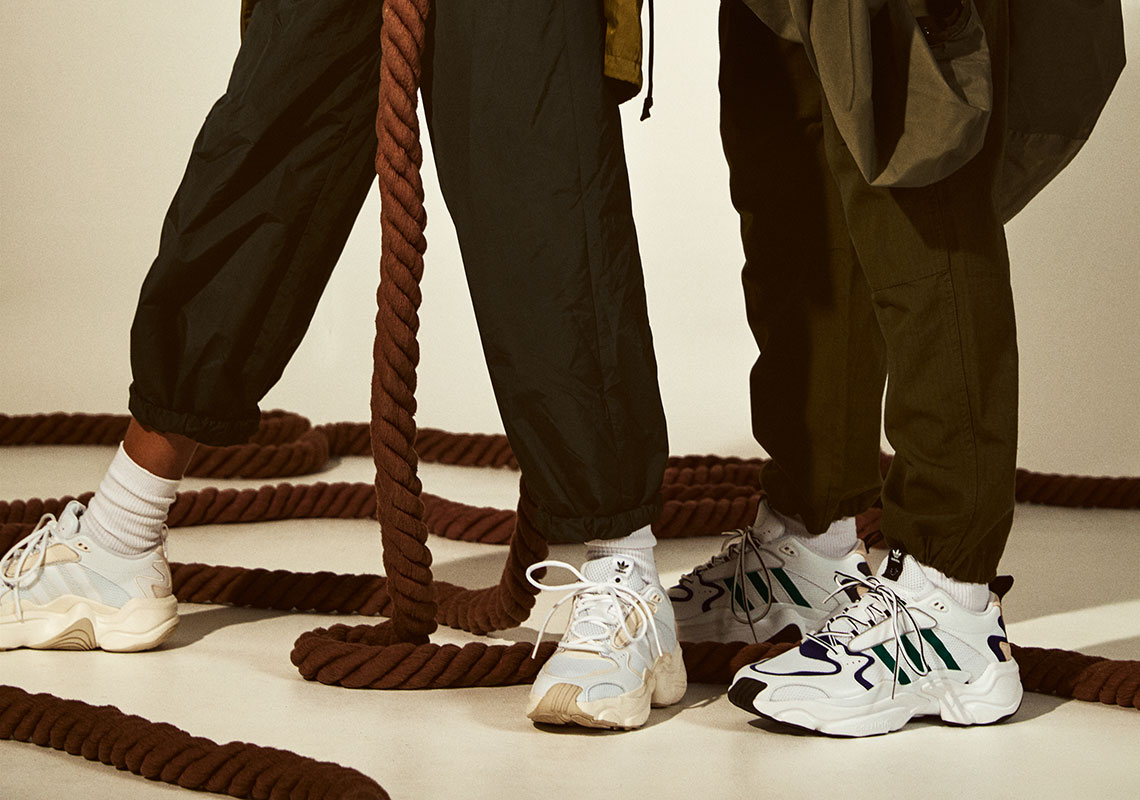 According to Sneaker News, these will be released globally on Saturday, March 16th for $150 USD. 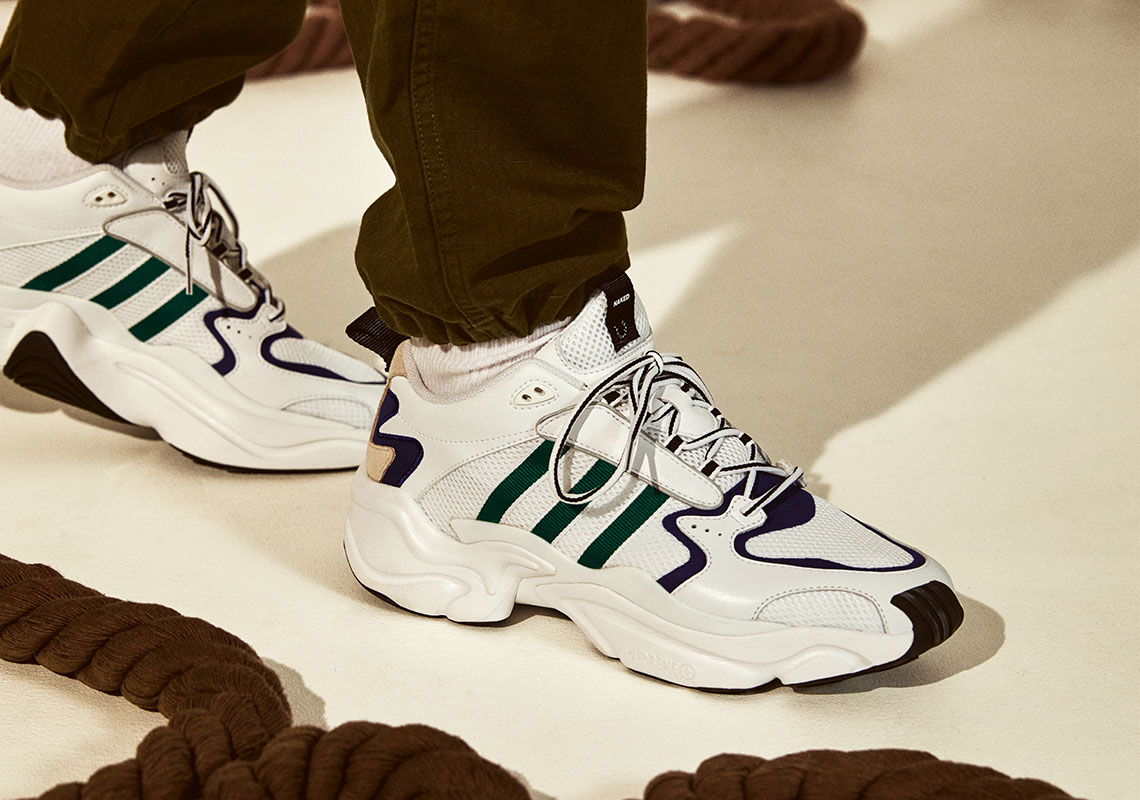